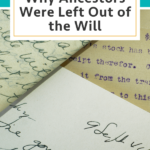 Wills can be excellent resources for your genealogy research. But what does it mean when your ancestor isn’t included or received only $1? Let’s take a look at the possibilities and what they mean for your family history.
Click the play button or scroll below to keep reading.

What Being Out of the Will Means for Your Genealogy

Genealogists use wills to connect two generations. When you look at a will and don’t find someone listed as an heir, it’s easy to presume that person wasn’t a child of the deceased.

However, in the United States, there is no requirement that you include all of your children in your will. You don’t have to include any of them if you don’t want to. (We’ve seen that recently with the will of country superstar Naomi Judd, who left out her daughters Wynonna and Ashley Judd.) So if you’re concluding that Robert must not be John’s son because he isn’t listed in John’s will, you might be making an incorrect conclusion.

Why a Child Might Not Be Included in a Will

It’s tempting to jump to the conclusion that there was some sort of rift in the family. But there are two other reasons to consider.

One of the most common reasons a child isn’t included is because he or she already received something of value (such as money and/or land), either when they came of age or got married. In essence, this child already received his or her inheritance.

When An Ancestor Received $1 in a Will

Sometimes you’ll run across a person leaving a child $1 or some other token amount. It isn’t necessarily because there was a conflict between the deceased and the child.

When you specifically name someone in a will and leave a token amount, it can be a way to avoid legal entanglements by the heirs later. An heir can’t come back and contest the will “because I wasn’t included” if that heir was specifically named and received something.

As for why that child received just a token amount, it could be because they had already received their inheritance… or it could be a rift in the family.

Whether your ancestor was or wasn’t included in the will, always take a look at the other documents in that probate case. The will is just one document. There are many others, including inventories and settlements. Those other documents can have vital clues for determining what is going on with that family. Also take a look at land records for that area to see if you can find a transfer between the deceased and the child you think is missing.

Ancestry and FamilySearch both have excellent probate collections for the United States. FamilySearch also has many land records, which you can find if you go through their catalog. 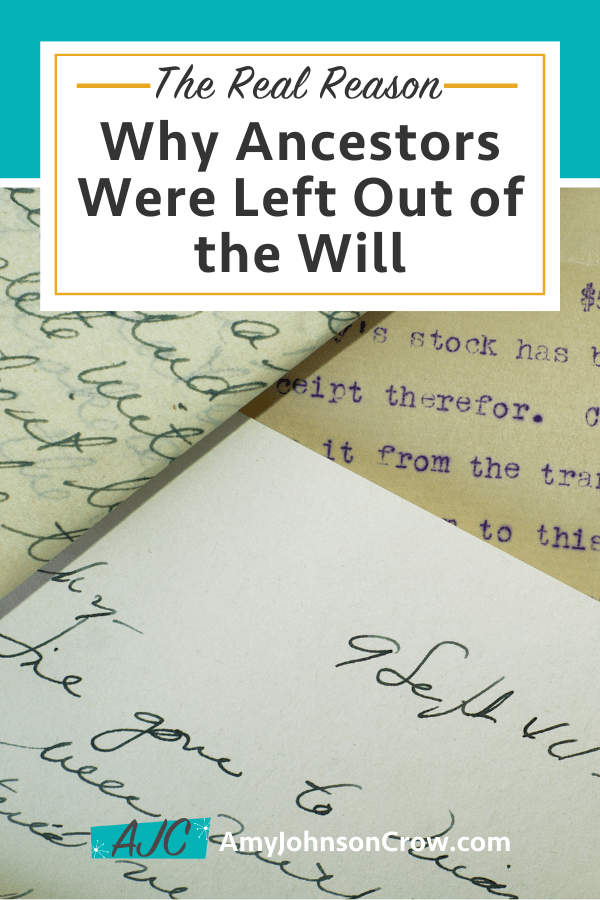