There are times when we find a record that has a few details wrong. Often, it’s easy to think of a reason why. She didn’t know where her father was born. He didn’t know how old his mother really was. But what do we do when the name on the record is wrong? That can be harder to explain.

Elizabeth Johnson, born circa 1818 in Ohio, was my great-great-grandfather’s sister. She never married and always lived with her parents or a sibling. By 1880, she was blind and living with her brother Eber and his family in Lawrence County, Ohio.

The Lawrence County death records include this entry:

The age, birthplace, marital status, and race fit. But there’s the pesky detail of it being Eliza instead of Elizabeth. The person reporting the death was B.R. Lane, who reported all of the deaths in Upper Township that year; it wasn’t a family member who should know her name.

I have 3 choices of what to do with this record:

Looking for Other Records

The record I found on FamilySearch was a digitized image of the civil death record — the one that’s kept by the government. There could be other records created at the time of death of “Eliza.” The include things like:

I haven’t been able to find an obituary, nor locate a tombstone. There are no records known to exist for the cemetery where some of her siblings are buried, so I can’t check to see if she’s buried there in an unmarked grave.

Fortunately, the records of the Lawrence County Infirmary still exist and are on microfilm at the Ohio History Connection. In volume 1 of the register is this entry:

Look at What Is in Front of You

I found the evidence I needed by obtaining additional records. But additional evidence isn’t limited just to new records. We also need to fully examine the records we have in front of us.

Let’s say that the reporter on “Eliza’s” death record was listed as “William Johnson, brother.” I would have a much harder time convincing myself that he got the name of his own sister wrong. As it is, the reporter on “Eliza’s” record gave the information for everyone in the township. He didn’t necessarily know them personally; he just gathered and reported the info.

If I had discounted the “Eliza” death record because the name was wrong, I might never have looked at the Infirmary records. But I also shouldn’t accept it simply because the other data fit. The key is to keep looking. Don’t stop with the bare facts in the record. See what you can tease out. See what ideas for other records you can come up with. Dig into the nuances of the record and question it. (Is the informant a stranger or her brother?)

What records have you worked with that had the name wrong, but turned out to be the right person? 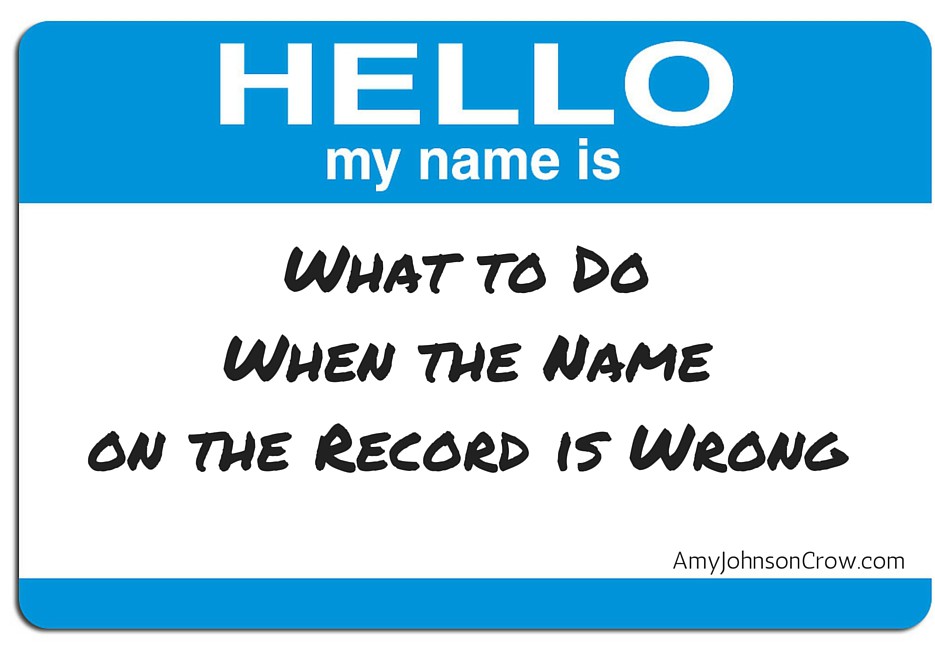