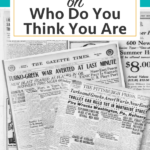 “Who Do You Think You Are” can be not only entertaining and inspiring, but can also show you some good insights into genealogy research… if you look closely. Here’s one important lesson from the Billy Porter episode.

Click the play button or scroll below to keep reading.

Who Is Billy Porter?

Billy Porter is an actor who has won both a Tony and an Emmy. He’s a native of Pittsburgh, Pennsylvania, and was raised by his mother and step-father.

He went into the episode knowing that one of his ancestors had been shot and killed. Professional genealogist Nicka Smith was able to fill in some details for him.

What Happened to Billy Porter’s Ancestor?

Thomas Richardson, Billy Porter’s great-grandfather, lived in Pittsburgh. On May 25, 1923, he was shot and killed by William Fullerton, a Pittsburgh policeman.

In the WDYTYA episode, Nicka Smith presented two newspaper articles. One was from the Pittsburgh Press:

(Click the image to read the full article on Newspapers.com.)

Here’s how the Pittsburgh Press reported it:

“According to police, Richardson with two Negro companions and a white man were quarreling in Butler St., near Thirty-eighth st. The police at the Forty-third st. station were notified, and Patrolman Fullerton was sent to investigate. When the patrolman arrived at the scene of the quarrel, it is said that Richardson drew a revolver. The patrolman saw him reach for the gun, police say, and drew the quicker. Patrolman Fullerton fired first, and Richardson dropped to the ground with a bullet in his breast.”

So, in this account, the two men were facing each other. Richardson drew a gun, but Fullerton shot first.

But that isn’t how it was reported by the Pittsburgh Courier:

Here’s a link to the article on Newspapers.com.

As Nicka Smith pointed out on “Who Do You Think You Are,” the Pittsburgh Press was owned by whites. The Pittsburgh Courier was a Black-owned newspaper.

Not the End of the Story

I was curious if there were any other newspaper accounts of the shooting. There were several… and they had differing details as well. (I’m confident that Nicka Smith also found these articles, but was unable to present them during the episode due to time constraints.)

The Pittsburgh Gazette-Times (27 May 1923) reported: “As the officer started to escort Richardson across the street to a patrol box, Richardson is alleged to have broken away. When he failed to halt, Patrolman Fullerton drew his revolver and fired one shot, and Richardson fell to the ground with a bullet wound in his back.” (You can read this portion of the article on Newspapers.com. Note that Newspapers.com incorrectly named the newspaper as the Pittsburgh Post-Gazette.)

According to the Pittsburgh Post (9 June 1923), reporting on the Coroner’s Jury investigation: “Fullerton started toward the police box with his prisoner when Richardson stopped to speak to a friend in the crowd. The policeman with his own revolver in one hand and the Negro’s weapon in the other ordered Richardson to move on and after the Negro had taken a few steps forward, Fullerton fired into the Negro’s back, witnesses testified.” (You can read the full article in this clipping at Newspapers.com.)

This episode gives us some good lessons in genealogy research, especially working with newspapers. These strategies apply even with more “routine” articles like obituaries, wedding notices, etc.

Second, keep looking over a period of time. The Post article was more than two weeks after the shooting. I’ve seen similar things happen with obituaries. The first one has sparse details, but the ones published over the next few days have more details about survivors and the funeral arrangements. 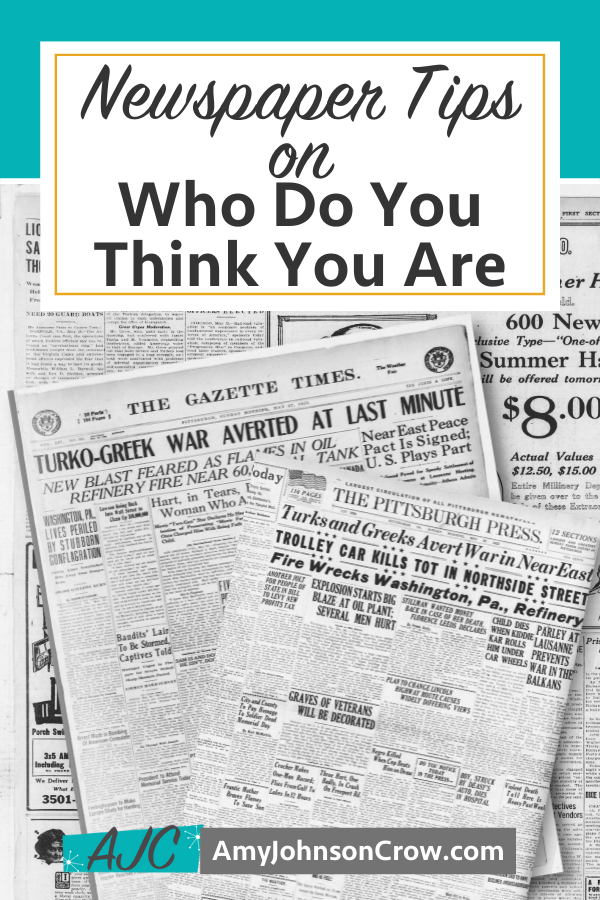