Yes, you read the title correctly. The 1890 census. The one that was almost entirely destroyed. Although the vast majority of the population schedule is gone forever, there is a part that mostly survived: the 1890 Special Schedule of Union Veterans and Their Widows (AKA “the 1890 Civil War Veterans Census.”)

About the 1890 Special Schedule of Union Veterans

This census schedule was taken at the same time as the “regular” part of the census (the population schedule that we normally use.) The good news is that it didn’t sustain nearly the damage that the 1890 population schedule did. The bad news is that it didn’t survive completely unscathed. Schedules survive for about half of Kentucky through Wyoming, plus the District of Columbia. There are also a handful of pages for California, Connecticut, Delaware, Florida, Idaho, and Kansas. The images are available on Ancestry and FamilySearch. 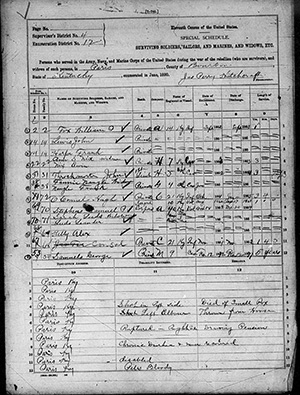 Line #5 shows John Throckmorton, a 1st Lieutenant in the 5th Vol. Cavalry. (Whether this was the 5th Kentucky Cavalry or the 5th US Cavalry is unclear.) On line #6, we have Fannie Naugle, widow of Frank Naugle of the 4th Ohio Cavalry. (Note that she’s living in Kentucky, but her husband served in an Ohio unit.) Line #7 shows Samuel Stephens, who served in both the 10th Kentucky Infantry and the 40th Kentucky Infantry. Line #11 is an oops. The schedule was just supposed to include Union veterans and widows, but James Fee’s name was crossed out later with the note “Con Sol” — Confederate Soldier. Tip: Even if your ancestor was a Confederate, it doesn’t hurt to take a look in this schedule!

Use the line numbers to match up the two halves of the record. John Throckmorton from line 5 was shot in the left elbow and thrown from a horse. Samuel Stephens on line 7 was “ruptured in right side” and “drawing a pension.”

Why You Should Take a Look

With the destruction of the 1890 population schedule, we need to examine every record we can to fill in the gap between 1880 and 1900. These schedules put our ancestors in a specific place at a specific time. Plus, they give us great leads for further research. 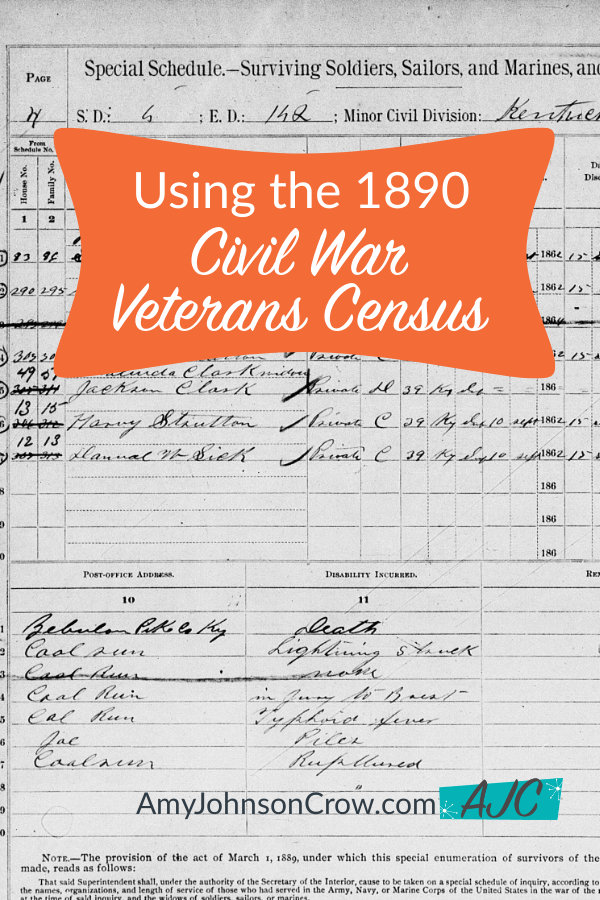 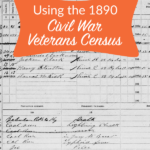