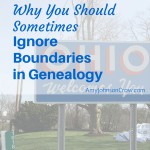 What is the difference between these two images? 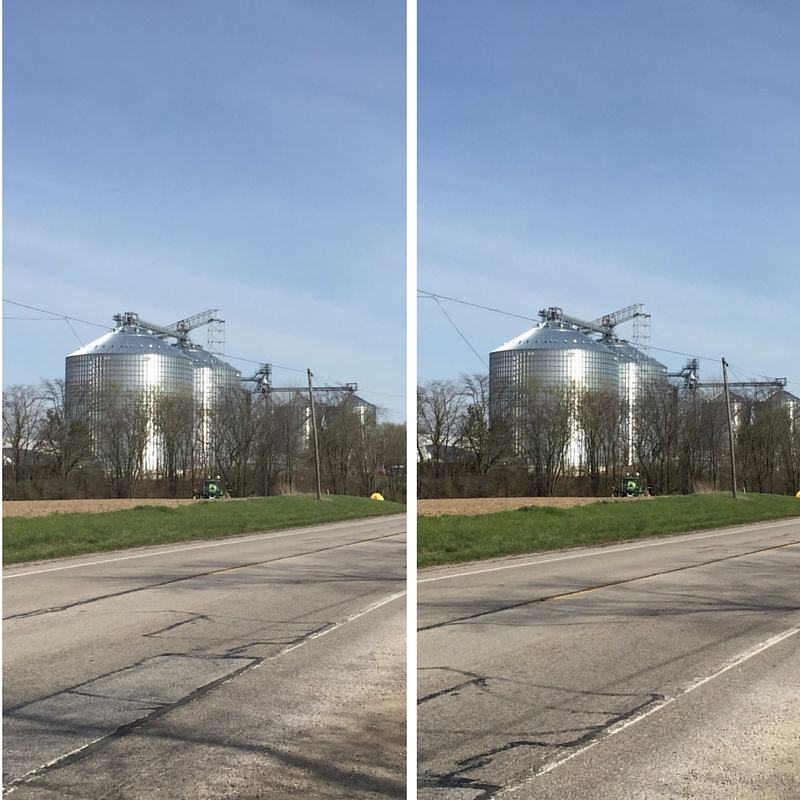 That’s the thing — boundaries are, for many purposes, rather artificial. There was nothing preventing me from walking from one state to another. Other than the “Ohio Welcomes You” sign, I wouldn’t even have known that I crossed from one state to the next.

Yes, we need boundaries for census records, land records, and the like, but we shouldn’t let our research stop at the county line or the state line.

Willshire, Ohio (which is where that grain elevator is located) is just 3.5 miles from Pleasant Mills, Indiana. There’s flat land between the two towns. No major rivers. No mountains. In other words, it’s easy to get from one to the other. It would have been easy for our ancestors to do the same. 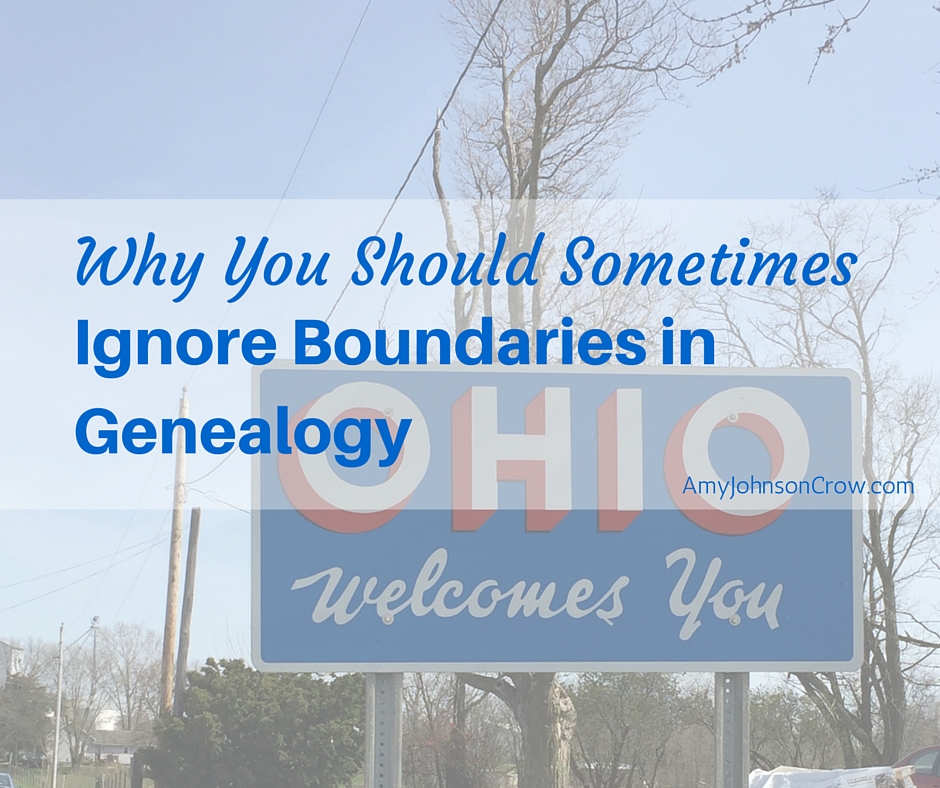