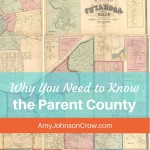 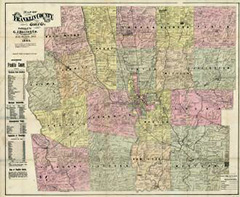 Genealogy – it isn’t just for our ancestors. Counties have them, too, complete with parent counties and child counties. Understanding where a county came from helps us find more records about our ancestors.

The Birth of a County

States in the U.S. didn’t become states with all of their counties already formed. (Hawaii being an exception.) When Ohio became a state on 1 March 1803, it had only nine counties. Today, Ohio has 88.

As populations grew, so did the need for more counties. People didn’t want to travel long distances to take care of legal matters like recording deeds, filing wills, and initiating lawsuits. Large counties got carved up into smaller ones in order to meet the needs of the people living there.

Sometimes a county would be formed from parts of several other counties. One of my ancestral counties is Perry County, Ohio. It was formed in 1818 from parts of Fairfield, Muskingum, and Washington counties. Each of those is what’s as known as a “parent county.”

What a Parent County Means for Our Genealogy Research

A county formation marks the beginning that records can be recorded in that county. That probably seems like a “well, duh” statement, but it has a profound impact on our research.

When a new county was formed, the records from the old counties didn’t move there.

If I’m looking at tax records for Perry County, Ohio, the earliest I’m going to find is 1818, when the county was formed. But people owned land in that area before 1818. What about those tax records? Those are going to be in the county where the land was located at the time — so either Fairfield, Muskingum, or Washington (depending on the location).

(Note: occasionally you will find some deeds have been copied from the old county and re-recorded in the new county. It is by far the exception.)

Perry County was formed in 1818 from three parent counties: Fairfield, Muskingum, and Washington. You could say that Perry County is a child county of any of those.

Child counties are also important to consider. Let’s say that you find a reference in an old county history or family history that your ancestor was born “in Washington County, Ohio in 1817.” If you look at a current map of Ohio, you’d see a little county in the southeastern part of the state. (It’s a lovely county and I have ancestors from there, too.)

The FamilySearch Family History Research Wiki is an excellent source for finding when a county was formed along with its parent counties. The Newberry Library’s Atlas of Historical County Boundaries used to have an interactive map. (The Newberry has promised this feature will be coming back.) Even though the map isn’t available, you can still download the information as a PDF.

While we’re on the topic of boundaries, keep in mind that our ancestors didn’t necessarily keep all of their activities within the county where they lived. There are several reasons why you should sometimes ignore boundaries in your research.

Next time you’re having trouble placing an ancestor where you think he or she should be, double-check that the place you’re looking in even existed at the time. 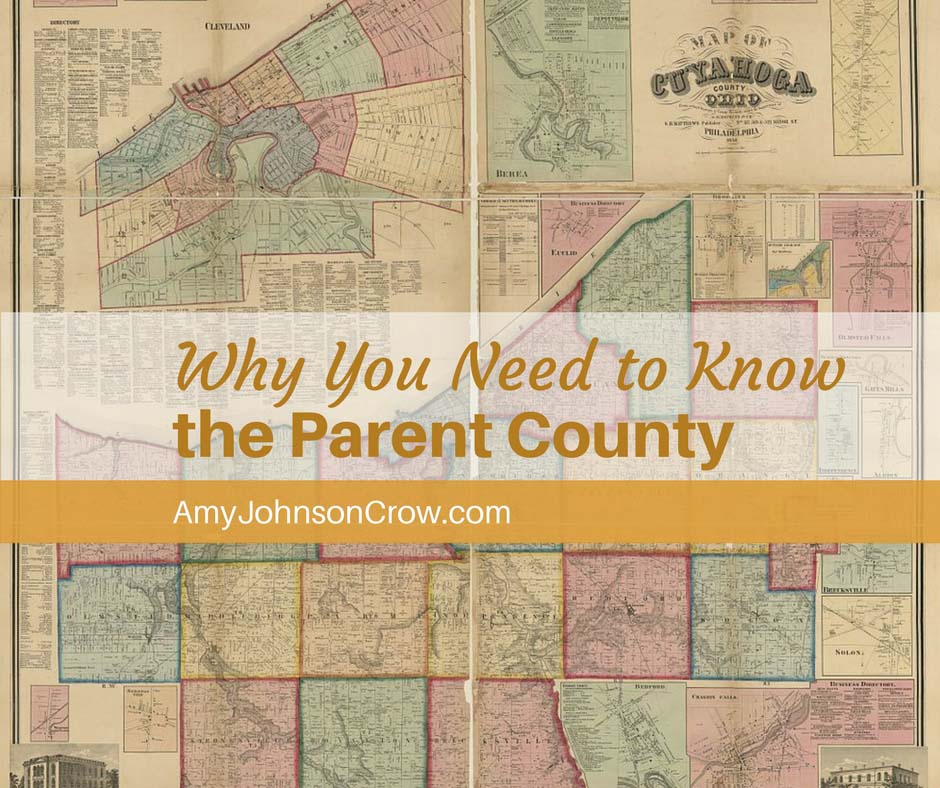