In his episode of Who Do You Think You Are?, Bryan Cranston used a resource that I love: the register from a U.S. National Home for Disabled Volunteer Soldiers. These records are often overlooked in Civil War research, overshadowed by pension and service records. However, there are clues in these registers that we need to look at.

A History of the National Homes

The Civil War left countless men with injuries — physical, mental, emotional — that rendered them unable to live the life they had before the war. To care for these men (specifically, those who fought for the Union), Congress authorized the National Homes of Disabled Volunteer Soldiers in 1865. (They were originally called the National Asylums; “Asylum” was changed to “Home” in 1873.) Union veterans who could prove their disability were related to their service were eligible for admission. The requirements were loosened over time to allow veterans from other wars and those whose disabilities were not service-related.

Admission to the Homes were voluntary and veterans could choose which Home they wanted. Some opted for one in warmer areas, such as the Pacific Branch near Los Angeles. Some chose a home near he had children living. (Always research all of the children!)

The records that family historians will get the most out of are the registers. Here’s the entry for Joseph H. Cranston, Bryan Cranston’s great-great-grandfather:

The Military History section at the top contains a recap of Joseph’s military service, including three different regiments that he served in during the Civil War. It also lists “varicose veins” as the kind of disability he had.

The Domestic History section is where we can find some good biographical details, which is certainly the case with Joseph Cranston. Here’s the first part of that section:

We learn his birthplace as County Armagh, Ireland. He was age 57 when he was admitted. After he left the service, he lived in Fostoria, Ohio and was a carpenter. The right-hand part of this section gives even more clues: 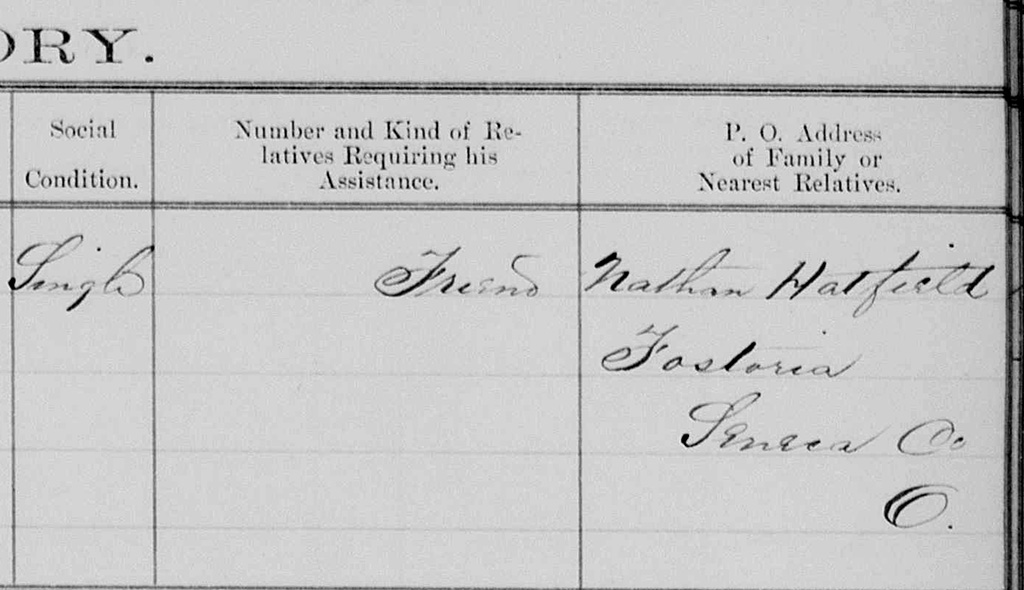 He claimed to be single. He lists his friend Nathan Hatfield of Fostoria as his nearest relative. (Joseph’s son would probably disagree with that distinction.)

The Home History section is where the National Home would list when and where the veteran was admitted. It isn’t unusual to find a veteran staying for short periods of time over several years or moving to a different home. Joseph, however, was admitted to the Central Branch Home in Dayton on 1 September 1883 and there he stayed. 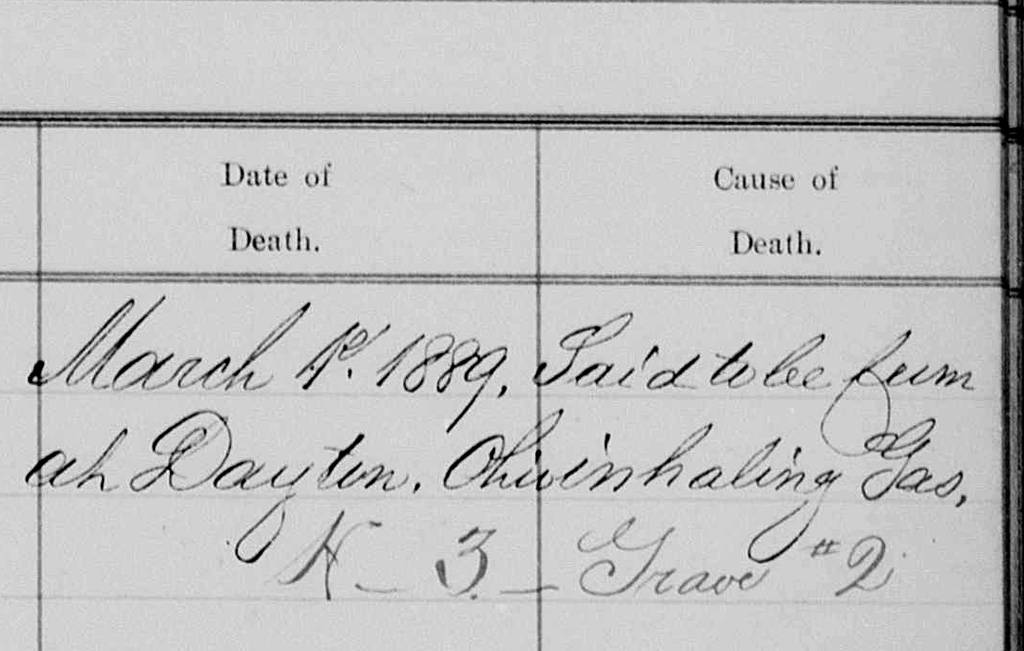 The General Remarks section can contain all sorts of comments about the veteran. Here’s what Joseph Cranston’s record has:

Something not in Joseph Cranston’s record is his physical description. This section was added to later registers.

The registers of most of the National Homes for Disabled Volunteer Soldiers are available on FamilySearch and on Ancestry. Some of the homes in these collections also have burial and/or death records. Note: neither site has the registers of the St. Petersburg, Biloxi, or Tuskegee homes. You will need to contact the National Archives for those records.

In addition to the National Homes, many states had their own soldiers/veterans homes. You can find out more about those in my post “State Soldiers Homes: A Different Place to Look.”