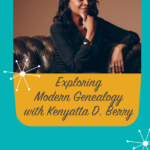 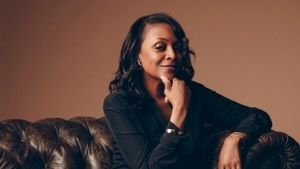 Modern genealogy can conjure up thoughts of DNA and social media. But the field of genealogy is expanding and changing in other ways. In this interview, Kenyatta D. Berry, host of PBS’ Genealogy Roadshow, gives her perspective on where family history is today and where it is going.

You can listen to this episode by clicking the play button below. (You can also listen on Apple Podcasts, Google Podcasts, Stitcher, and most other podcast apps.) Length: 37 minutes.

What Is Modern Genealogy?

First thoughts of “modern genealogy” are often toward DNA, Internet research, and other technological advances. This is part of it. Berry sees an increase in using tools from other aspects of our lives to help us do our genealogy work, whether that’s using social media or using technology to make our research more efficient. Technology also helps more people be exposed to and become interested in family history.

Technology and social media is making genealogy more accessible to more people, but this has set up two camps in the genealogy space: Those who came in through the “traditional” means (genealogy societies, all on-site research, etc.) and those who have come in through DNA or because of exposure to tv shows such as Genealogy Roadshow. Berry thinks that, while professionals seem to be emphasizing what the newer camp is missing in research, she also thinks that many professionals are missing out on opportunities to learn from the newer camp.

“It’s just being open to that change because we suffer just like so many other professionals do in their industry. We suffer from ‘we always did it this way.’ That is our issue. That is our problem. And since we suffer from that, if we continue on that road, then we’re not going to be inviting to those folks who probably have an interest in genealogy, but feel like they’re hitting a virtual brick wall with us because we want to teach them our way instead of learning from them.”

Berry noted that many coming into the space don’t call themselves “genealogists,” preferring the term “family historian.”

But it isn’t just a change of name that’s evident. There’s a distinct shift toward learning not just the names of the ancestors and adding another generation to the chart, but learning the experiences and stories of those ancestors.

Berry has experienced that in her research of enslaved ancestors. “It’s really about bringing that person to life, giving them that humanity. Because when you’re researching them, they’re going to be a name on a page with a value attached to them, but they’re human beings and how you really give them that it is by telling their story.”

Black Americans are finding genealogy to be more accessible than before, thanks to DNA and more records online. However, huge hurdles still exist. Berry thinks there is still work that the genealogy community needs to do:

What about those who have discovered that their ancestors enslaved others? Berry encourages sharing what you’ve found, in order to help others. “What you have is you’re starting, as I like to say, from ‘the top down’ approach; you have the information I’m looking for. I’m coming from 1940 up to 1870 and somehow we need to meet in the middle, which is my favorite area of Reconstruction.”

Sharing via Facebook, blog posts, or online using projects like Beyond Kin, are all ways that this information can be shared.

The genealogy field, for as much as it promotes connections, is not always welcoming to those whose genealogy is not seen as “traditional” (read: “non-European”). There are also hurdles for younger genealogists who are trying to break into speaking or being recognized as experts.

Representation matters. Berry related the story of visiting a society in Sacramento, where a group of African American women hosted her in what became her best genealogy trip ever. She thought perhaps it was because she was on television, but it was something more. “And one of them said, ‘It’s so inspiring to see you because you look like us and you’re younger. And to see you on television is so important, because I remember when a Black person would come on TV, when I was growing up, we’d call each other if they were in a commercial or if they were in some show or whatever.'”

What Berry doesn’t want to see is lip-service to diversity, and she’s taking steps to make sure that doesn’t happen. She has started a diversity group to help professionals and organizations truly become more inclusive. People are arriving at genealogy in all kinds of ways, whether it’s through DNA or genealogy-based tv shows, and they are here to stay. Berry urges professionals and organizations to embrace these changes.

If we really want to take genealogy to the next level, if we really want it to outlast us, we need to actually show people that they are welcome in the community. ~Kenyatta Berry Click to Tweet

Resources Mentioned in This Episode:

[Note: the Amazon links are affiliate links, meaning that I could earn a commission when you purchase through those links.] 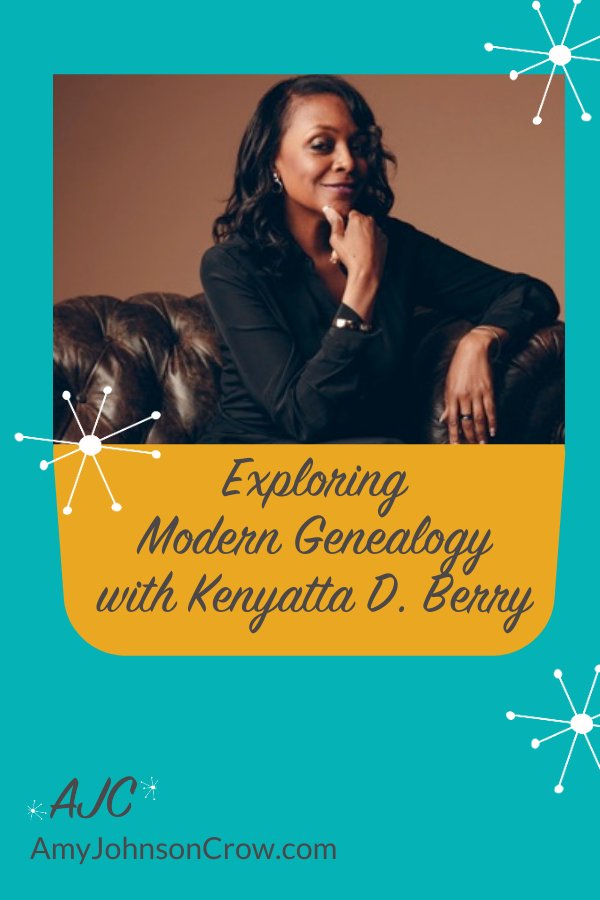