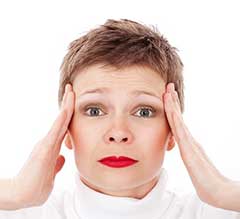 It seems that whenever there is an announcement about a milestone in DNA testing or a news article comes out about a “surprising find” using DNA (or Ancestry starts re-running the “lederhosen and kilt” commercial), there’s a commotion on social media.

To my fellow professionals in the genealogy field, can we please stop wringing our hands about newcomers using DNA?

The comments generally go along the lines of:

“They’re going to be sorely disappointed when they see you have to do research.”

“It really isn’t that easy.”

“All these new people want is their ethnicity estimate.”

Those statements are well-intentioned… but they miss the bigger picture.

More than 3 million people have tested with AncestryDNA. There are more than 841,000 records in Family Tree DNA’s database. While there is overlap between the two groups, it’s clear that DNA is popular. What’s more, with the rate of growth that AncestryDNA is experiencing (11 months to go from 1 million to 2 million users and only 7 months to get to 3 million), it seems that DNA isn’t going away anytime soon.

When “Roots” first aired in 1977 it was the first time that a lot of people grasped the concept that every family has a history. Genealogy and family history wasn’t something just for rich, established, “old” families. It was something that every family had and that anyone could start to pursue.

I bring this up because it was the first of many transformations that I’ve seen in genealogy. (I realize I’m going to date myself with the following remembrances.)

When the Internet became widespread in the early 2000s, there were people who raised objections. “That isn’t real genealogy.” “All these new people coming in online are going to be sorely disappointed when they see they have to go to a library or archive.” (That one is still going around.)

When usegroups and listservs became popular in the late 1980s/early 1990s, there were cries of “That isn’t real genealogy.” “You need to write letters. Not everyone has an email address.” “You need to publish your queries in a magazine if you want anyone to read it.”

Also in the 1980s, people started having more access to photocopiers. With a hole-punch and a 3-ring binder, it was easier than ever to publish your own genealogy “book.” And there were the laments of “That isn’t really publishing. You need to send it to a publisher and have it hardbound for it to really be a book.”

Do you see a pattern here?

Each of us has different motivations for pursuing our family’s history. Some want to prove or refute a family legend. Some want to delve into health history. Others want to continue the work that was started by a family member. For many, it’s general curiosity — “Where did my people come from?”

That last question, in turn, can have different meanings for different people. “Where back East did my grandparents grow up?” “What country are my ancestors from?” “What town in Ireland is my ancestral home?”

And, yes, the question of “How Irish/German/Italian/Polish am I?”

The thing about motivation is that not only does it create different starting points, it also creates different ending points. Different motivations mean that people are going to be satisfied by different things.

Saying that those who begin their genealogy journey via a DNA test “are going to be sorely disappointed when they realize you need to do research” presumes that the person taking the test is wanting to learn more than an ethnicity estimate.

DNA = A New Gateway Into Genealogy = A Good Thing 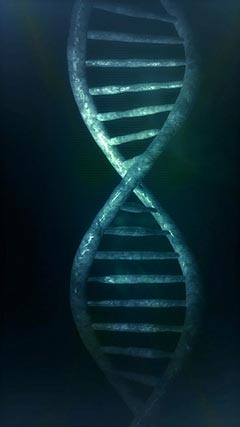 Kerry Scott over at Clue Wagon recently proved what many of us suspected, but had never quantified: DNA is increasingly the gateway to genealogy. She went through all of her matches on AncestryDNA and compared them to their Ancestry “joined on” date. 60% joined Ancestry in 2016. (You really should read her whole article.)

As each new gateway opened, thousands of people poured in. Many were vaguely curious, poked around a little bit, and left. Others became motivated to learn even more than what they initially were looking for. The DNA transformation that we’re seeing isn’t any different.

To my fellow professionals — let’s stop wringing our hands that these “new people” are going to be disappointed that they “have to do research” and that “it isn’t that easy.” Let’s stop assigning our motivations to their desired outcomes.

Let’s instead focus on being available to answer questions for those who discover that they do want more than an ethnicity estimate. Let’s focus on making their first steps into research a positive experience. Not everyone who starts with a DNA test is going to become a passionate genealogist. However, many of them could, which ultimately is good for genealogy. Let’s make them feel welcome.