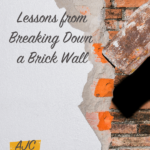 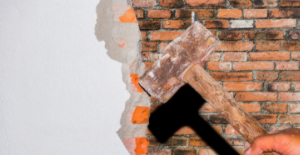 All genealogists have brick walls—those long-standing questions that we can’t seem to find answers to. I recently broke through one that has been nagging me for more than 20 years. Here are some things you can learn from my experience in breaking down a genealogy brick wall.

You can listen to this episode by clicking the play button below. (You can also listen on Apple Podcasts, Google Podcasts, Stitcher, and most other podcast apps.) Length: 16 minutes.

It started in May 1850, with the death of my third-great-grandfather William Henry Skinner. He left behind his widow, Matilda, and their nine children. After his death, the family scattered, with most of them leaving Perry County, Ohio and ending up in Indiana, Michigan, and beyond.

Matilda would marry at least three more times: Matilda (Debolt) Skinner Crossen Brown McFillen. Although I have documented Matilda’s marriages, she appears either by herself or with one of her children in subsequent censuses, twice using the Skinner surname even though she had remarried.

My question for all these years has been, “When and where did Matilda die?”

With her changing surnames so frequently (and using them inconsistently) and family members moving all over the place, it’s been difficult to get a handle on where she could have been living or what name she was using at the time.

Recently, I got a notice from FamilySearch about an update to an obituary collection. I searched for Matilda… and got nothing. But I hadn’t looked for Matilda on FamilySearch for awhile, so I started exploring. And there she was. Matilda McFillen in FamilySearch’s collection, “Illinois Deaths and Burials, 1749-1999.” Death in 1899 in Kankakee County, Illinois.

Two other records I had gathered through the years mentioned family ties to Illinois. One of her sons lived there in the early 1890s and an SAR application for one of Matilda’s descendants listed her death in Illinois in 1899. (Of course, the application had no documentation, so I had no way to discern the accuracy of that.)

After looking at the digitized death record on FamilySearch, I could see that her age and birthplace were correct. Combined with the other documentation that I already had, I feel confident that at long last, I have found Matilda’s death.

What are some lessons that we can take from making this discovery that took more than 20 years to make?

Trust the process. The first part of the WANDER Method is “What do you want to find?” I knew that I wanted to find when and where Matilda died. Having that question in mind helped me focus my research, much more so than if I had just said, “I’m researching Matilda.” All along, I’ve followed the other steps: analyzing, noting what’s missing, discovering new records, evaluating everything, and repeating as necessary.

For as wonderful as sites like Ancestry, FamilySearch, and MyHeritage are, they aren’t the only places where we can find genealogy information. Two key documents to solving Matilda’s question weren’t on any of the mega genealogy sites. One was a Bible record I found in the Ohio Genealogical Society’s family Bible collection. It was the first thing that listed Matilda as marrying J.W. McFillen in Williams County. The other was a county history that I found using GenGophers.com; it placed one of Matilda’s sons in Illinois and mentioned that J.W.’s first name was John. (Neither the Bible record nor their civil marriage record listed his full first name, only his initials.)

You have to explore.

That being said, websites are constantly changing. Last week, FamilySearch added or updated 9 collections. The week before that, they added or updated 74! But it isn’t just the big sites that keep adding things. Think about the websites of the library, archives, historical and genealogical societies where your ancestors lived. If it’s been awhile since you’ve looked there, it’s time to revisit those.

Give Yourself the Best Chance

After I made my discovery, someone told me that I was lucky to find that record. I won’t discount that there are discoveries made by sheer luck, but this wasn’t one of them. In the words of Edna Mode in The Incredibles, “Luck favors the prepared.”

I had to have a good sense of Matilda’s identity — which means not only her name, but her age, her residences, her husbands, and her children. I had to research her children to get clues about her. By taking my research more deeply into her identity and more broadly with her children, I gave myself the best chance of recognizing that death record when I found it.

(Check out episode 17 of the Generations Cafe podcast to learn more about building your ancestor’s identity.)

Perseverance pays off. “Repeat as necessary” is the last part of the WANDER Method. You might not find the answer you’re looking for the first time around. That’s ok. Don’t give up. That’s not to say that you have to work on it all the time. It can actually be good to set it aside for awhile so that when you come back, you have fresh eyes, ready to spot something you had overlooked.

Just because you didn’t find something today doesn’t mean that you’ll never find it. Go back and analyze what you have, note (again) what is missing, discover new records (which might mean looking in new places), and evaluate everything… again. 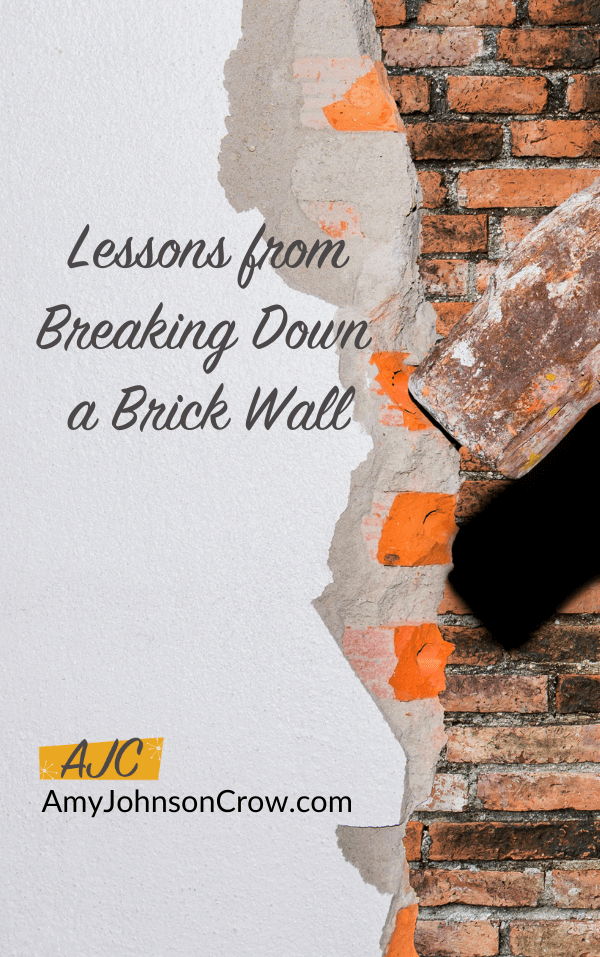