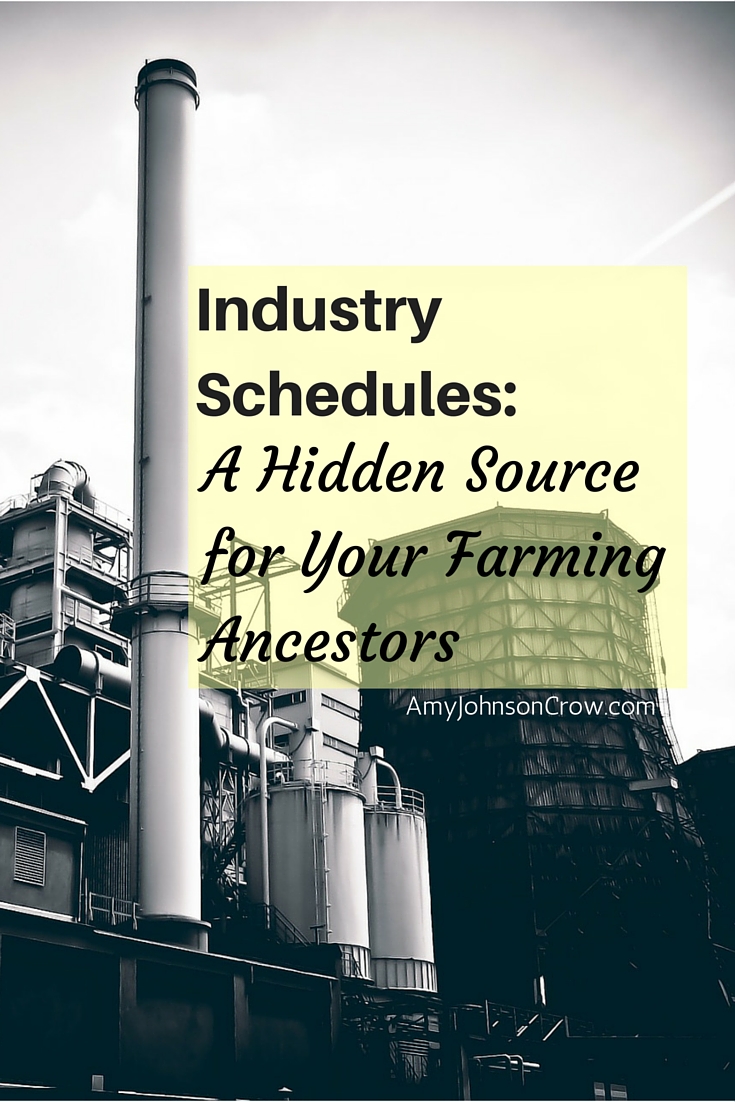 What Are the Industry Schedules

The Federal census is made up of several different schedules. The one we use most often in genealogy is the population schedule. It’s the one that lists the people, their ages, birthplaces, etc.

The industry schedule — also called the manufacturing schedule — was a separate schedule taken in 1820, and 1850 through 1880. It includes information about the type of product that was made, the raw materials used, the type of power that was implemented, and even the gender and wages of the employees.

Why You Need to Look for Your Farmers

Let’s take a look at who was listed on this industry schedule:

On the 1860 federal census (the population schedule), here is how they are listed, along with their occupations:

Although Reader and Loomis listed their occupations in the census as farmers, they made enough in their other businesses that they had to be included on the industry schedule. This gives us a chance to learn a little bit more about them and how they earned their living. Your ancestors could be in the same situation — farming was their “official” occupation, but they had a side business that would require them to be listed on the industry schedules.

(By the way, because they were farmers, we should also look for them on the agriculture schedules. Check out my post “Did Great-Grandpa Grow Hemp?” to learn more about those records.)

Some of the industry schedules are available on FamilySearch. (Illinois and Iowa are online; look for “non-population.” Check the catalog for what is available on microfilm.) Some are online on Ancestry in their “Selected U.S. Federal Census Non-population Schedules, 1850-1880” collection. You can also find some of these schedules on microfilm at larger libraries and state archives.