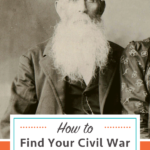 Millions of Americans descend from a Civil War veteran. But how do you know if one of your ancestors did (if any)? Here are some easy steps to take to find you Civil War ancestor and how to start digging deeper into military records.

Did Your Ancestor Serve in the Civil War?

Approximately 3 million men served in the American Civil War. That is a large number, but it isn’t the total population of military-age men. Before you start digging into military records, you should look for clues that your ancestor even served.

Look at home. Do you have any photos of him in uniform? How about letters or journals? Any memorabilia from regimental reunions? (Be sure to ask your cousins if they have anything like this, too!)

Look at his birth date. The majority of soldiers and sailors were born between 1820 and 1845. (This is an average, and there are exceptions, such as Johnny Clem, the drummer boy of Chicamauga who was born in 1851.)

If your ancestor fits those years, take a look at his obituary and tombstone. In his obituary, look for a mention of Civil War service or his membership in a military fraternal organization, such as the Grand Army of the Republic. His tombstone could have symbols indicating military service. You might get lucky and have his exact service spelled out for you! 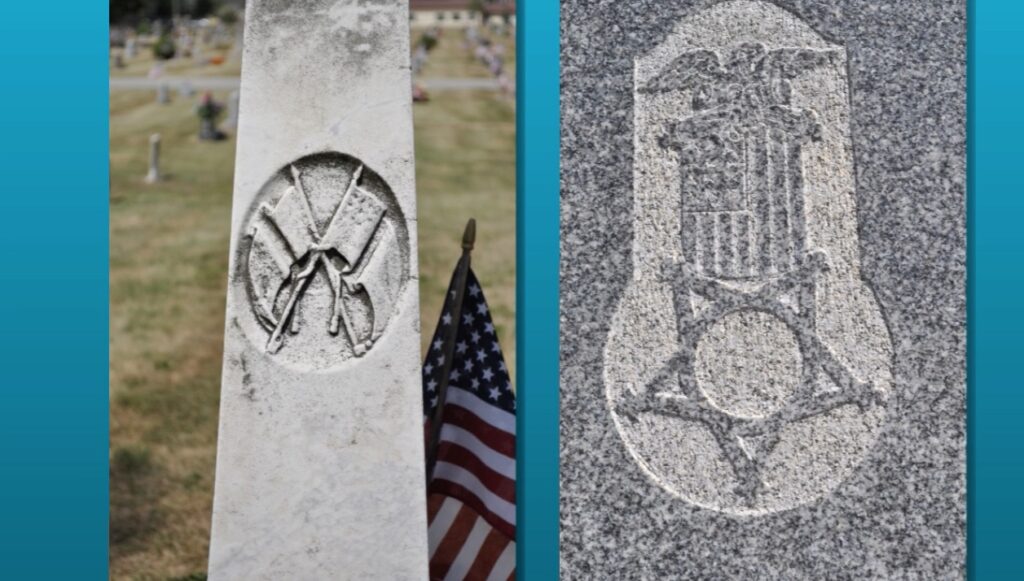 If he died after 1910, look for him in the 1910 federal census. Column 30 asks if he was a survivor of the Union or Confederate Army or Navy. Look for the letters UA, UN, CA, or CN in this column.

After you have an idea that he served, you’ll need to determine what regiment he served in (or what vessel he served on, if he was in the navy). Many Civil War records are either arranged by regiment or use the regiment as a way to identify the correct person. (They didn’t assign soldiers serial numbers like they do now.) With almost 3 million men who served, chances are good that there is more than one person with your ancestor’s name. (I thought I was doing well with my ancestor Eber Johnson. Even with that unusual first name, there is still more than one Civil War soldier with that name.) Knowing your ancestor’s regiment will help you know if the record you’re looking at is for him or someone with the same name.

If you’re lucky, that obituary or tombstone you looked at earlier will spell out the information. If not…

Look for him or his widow in the 1890 Special Schedule of Union Veterans and Widows. This schedule still exists for about half of Kentucky, then alphabetically through the rest of the states. (So, Ohio, Pennsylvania, Tennessee researchers, you’re good. Sorry, people who are researching in Indiana, Illinois, and Iowa.) This is available on Ancestry, FamilySearch, and most other major genealogy websites. (You can find out more about the 1890 Special Schedule here.)

If he was a Union veteran, look for him in the pension indices. The one that’s on Ancestry is the alphabetical index, and it often includes the name of the widow. There’s an organizational/regimental index on FamilySearch, which links to the images on Fold3. (Note: FamilySearch has the index, but when you click through to Fold3, you can often read the preview image well enough even if you aren’t a Fold3 subscriber.) This organizational index usually includes the veteran’s date and place of death. By using both indices, you can usually piece together enough information to tell if it’s your person or not.

If you’re researching a Confederate veteran, you’ll still want to look for his obituary and tombstone, but you won’t find him in the pension indexes I just mentioned. Instead, if he got a pension, it would have been through one of the former Confederate states, or Kentucky, Missouri, or Oklahoma. Fortunately, many Confederate pensions have been digitized and are available for free on FamilySearch.

Most regiments (or at least companies within regiments) were raised locally. So if you can determine which regiments were raised where your ancestor lived, you can narrow down the possibilities of what regiments he served in. Use Google, check the local genealogy society’s website, and consult county histories.

The key to doing successful Civil War research is to keep your ancestor’s identity in mind. When was he born? Who did he marry? Where did he live? When did he die, and where is he buried? Comparing that information to what you see on the military records will help you know if that record pertains to your ancestor or just someone with the same name.

Check out these other posts about Civil War research: 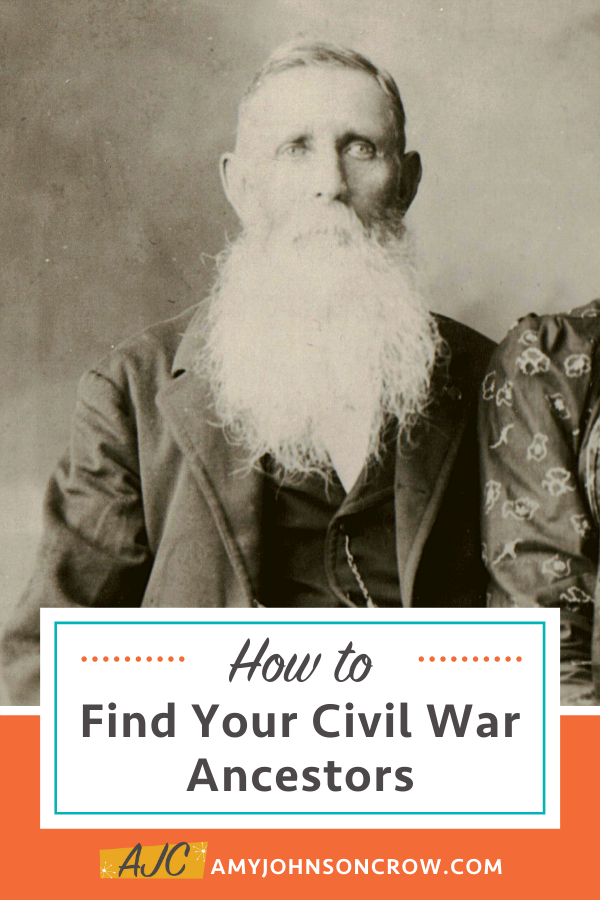