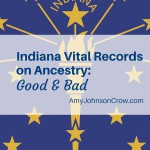 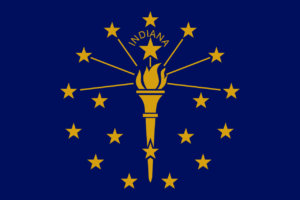 Indiana genealogists recently got a big boost in their research. Ancestry added 17 million Indiana vital records. These digitized birth, marriage, and death records have never been online before. However, using these records is not without some serious challenges.

The three new collections are:

All of these are digitized images taken from microfilm held at the Indiana State Archives. This means that the images we see are only going to be as good as the microfilm was.

The marriage records and death records collections also contain digital images of the printed index. This is a huge benefit, as it gives us another way to find records that aren’t coming up in the search.

All of this is good news! The birth and death certificates list the person’s parents, as well as other biographical information. The marriage records often don’t list the parents, but does give things like occupation, residence, and the name of the person who officiated the wedding.

The Challenges of Using the Indiana Vital Records

There are a couple of challenges using these new Indiana birth, marriage, and death records. The first is that Ancestry did not index the mother’s maiden name. Further, she is listed in the database with the surname of the father.

Omitting the mother’s maiden name in a set of records that include it is a huge challenge to researchers, especially when this information has been indexed in similar collections, such as the Pennsylvania Death Certificates.

One of the ways to find previously unknown children or married daughters is to do a search with the parents’ names. For example, in a death record collection, you would leave the deceased’s name blank, and fill in the only the names of the parents — including the mother’s maiden name to help narrow down the results.

That won’t work with these collections.

Further, if you do a search in these and you include the mother’s maiden name and mark it “Exact,” you will exclude records that you’re looking for. That’s exactly what happened with me when I was trying to locate children of William and Matilda (Debolt) Skinner in the Indiana Death Certificates. I left the person’s name blank and searched for a father with the last name of Skinner (marked “Exact”) and mother’s last name of Debolt (marked “Exact”). Here’s what I got:

I know some of my Skinner relatives died in Indiana in this time period, so why didn’t I find them? It was because I marked the mother’s name Debolt as exact. Since the Indiana Death Certificates collection didn’t index the mother’s maiden name — even though they are clearly shown on the records — it excluded records that I was looking for.

Suggestion 1: Don’t include the mother’s maiden name at all. If you need to narrow down your results, use the mother’s first name.

Not only does the omission of the mother’s maiden name in the index create challenges for us, but it also materially changes the meaning of some records.

The child was given the surname of the mother, yet according to Ancestry’s indexing, the mother’s name was Ann MILLER.

It is a shame that Ancestry “filled in the blanks” (that weren’t blanks to begin with), especially when it changes the meaning of the record and makes records more difficult to find.

Note: You can use the edit feature when you’re viewing the image on Ancestry and add the mother’s last name as it’s shown on the record. This will help future researchers find the record more easily.

The other challenge with these three new collections is the quality of the indexing. I’m not talking about butchering the spelling of a hard-to-read name. (I’ve researched enough Germans in Indiana to know they can be a challenge!) I mean there are errors that you have to wonder how they got through, like this one: 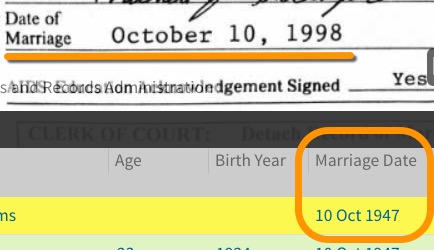 A friend of mine pointed out this indexing curiosity:

How do you get a first name of “Geuly B.” out of that?

Also, use the digital images of the printed index for the death and marriage records. (Look in the right-hand column where it says “Browse this collection.”) Select “index” and the year, then scroll through to find the entry you’re looking for. Take note of the certificate number. Then go back and browse by certificate, looking for the set that will have that certificate number.

It is great having these Indiana vital records available to us. So many people have already started breaking down brick walls with them. However, many of our normal search strategies won’t work and the indexing poses some challenges. The keys to success with these records are to be flexible and creative with your searches. 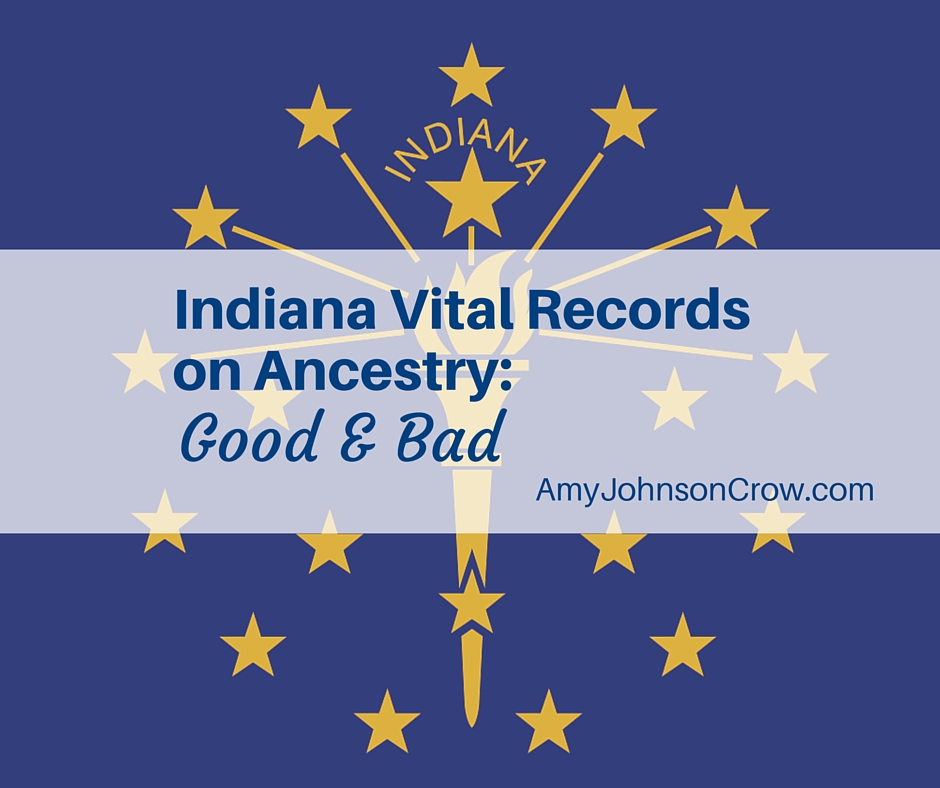