If you’ve haven’t been under a rock for the past week (and possibly even if you have been), you’ve likely heard something about a new game called Pokemon Go. To say it’s popular would be an understatement. It’s already used more than Netflix and Twitter. Yes, I started playing it and was surprised that there are similarities with genealogy.

Pokemon Go a game you play on your iPhone or Android smartphone where you look for Pokemon characters and try to catch them. After you reach a certain level, you can battle other players (“trainers”) for control of virtual gyms that are scattered around the world, geo-tagged to churches, libraries, and popular landmarks. What’s fun about the game how it superimposes the characters into the real world via the camera on your phone. Here’s a shot of me trying to catch Squirtle while waiting for dinner to arrive: 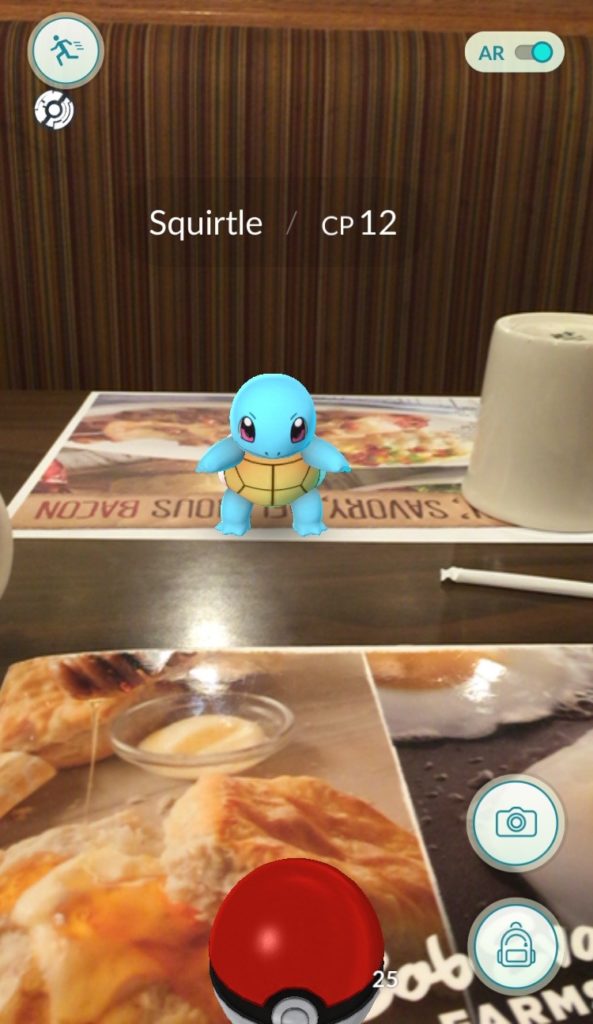 How Genealogy and Pokemon Go Are Alike

The biggest question/complaint I’ve heard from people who haven’t played Pokemon Go is that it seems pointless. After all, you’re just collecting virtual characters on your phone. How fun can that be?

Isn’t that the same question/complaint we hear from people who don’t do genealogy? “What’s the point? How could it possibly be fun to look up old records and try to find dead people?” Sound familiar?

Now, before you start to respond with, “But genealogy gives us insight into our lives and makes connections with the past and the present,” consider that there are also unseen benefits to Pokemon Go. (Not as profound as genealogy, but still they are benefits.) My daughter and I have walked more in the past week trying to catch these darn things. (My FitBit is very happy with me!) She and her fiance also found a walking trail at a local park that we didn’t realize was there. We’ve actually talked to people in our neighborhood. (“Hey! There’s a Weedle down at the end of the street!”) It’s a small thing, but it has changed the vibe of being outside.

The similarities don’t end there.

In Pokemon Go, your map shows Pokemon who are in the area, along with a distance. However, it doesn’t show exactly where they are or in what direction you need to go find them. (Doesn’t that sound like looking for ancestors?)

Let’s say that there’s a Pikachu that is “2 steps” away and you start walking east. After awhile, that Pikachu is now “3 steps” away. Oops, we went the wrong direction; we need to turn around and go back. (Doesn’t that sound like working through DNA matches?)

You have to throw the Poke ball to catch the Pokemon and you don’t always get it the first try. Sometimes you miss and sometimes the Pokemon breaks out… so you try again. (Doesn’t that sound like finding a record but it doesn’t contain what you hoped for?)

I’m not saying that Pokemon is a scholarly pursuit like genealogy can be. (I will say that the original game back in the 1990s and early 2000s helped countless young people understand a bit about the concepts of biology and physics by studying the different strengths that each Pokemon had.)

What I am saying is that it might be more enjoyable than you think. And doesn’t that sound like the answer we give people who don’t “get” why we do genealogy? 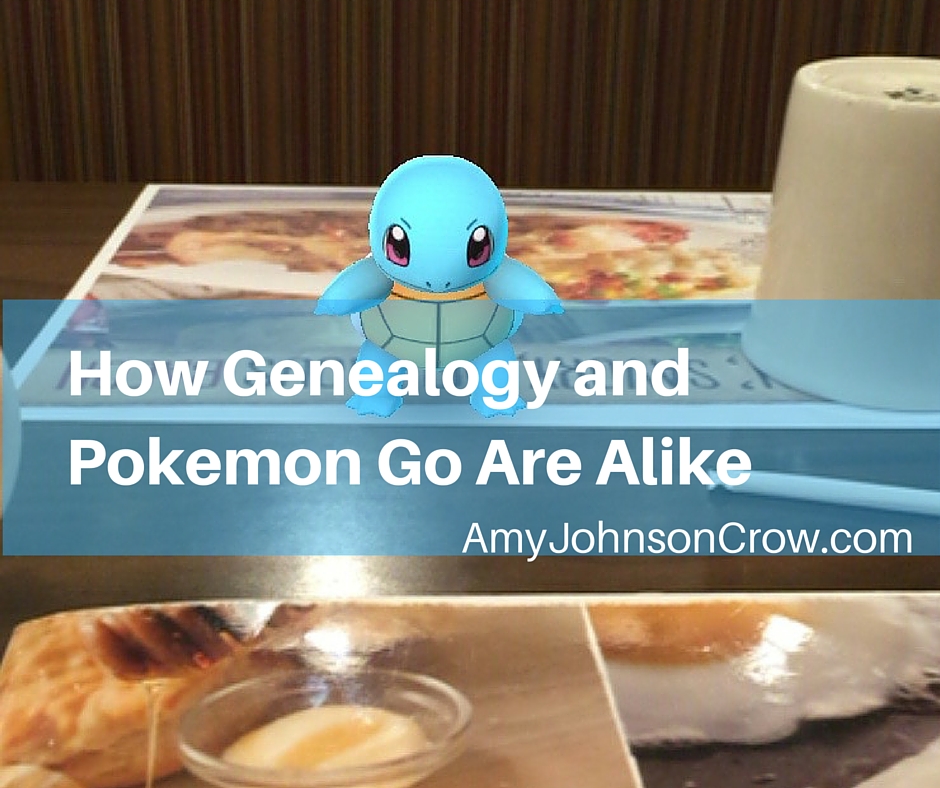