Imagine that you’re in a painting class. You’ve only dabbled in painting — bought a small paint set when it went on sale, watched a video or two on YouTube. But you want to get better, so you sign up for a class at the local rec center. After a few sessions, you’re feeling pretty good about what you’re creating. You show your handiwork to the instructor… who rips it apart.

You don’t have enough contrast.

The technique is sloppy.

Now stop and imagine how that would make you feel. You’d probably feel deflated, dejected. You probably wouldn’t feel inspired to keep trying, and you certainly wouldn’t feel encouraged to do so. 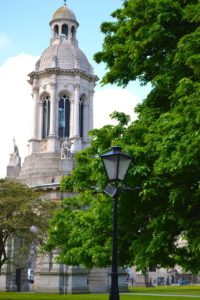 It Happens in Genealogy

When defined that way, I have to say that I don’t believe in them either. However, to say that there isn’t at least the perception of judgment misses the issue.

Most of the “top” names in genealogy are incredibly giving with their time, talent, and expertise. But that isn’t who or what people are referring to when they say they’ve experienced the genealogy elite (or the police).

“Elite” isn’t a person. It’s an attitude. It’s a perception.

Genealogy is inherently personal. When people start digging deeper into their family’s history, it’s easy to become passionate about it — both what is found and the process for finding it. That passion is a good thing. It keeps driving us to find more and to become better researchers.

Consider that art instructor at the rec center. She is passionate about painting. She wants everyone to experience what she does when she paints. But she allowed her passion for doing it correctly to be louder than her passion for painting. So instead of inspiring you as a novice painter to keep trying, she ended up frustrating you and making you reconsider your desire to pick up a brush.

It Isn’t What You Say. It’s How You Say It

I was researching at the library one day when a person came in and asked for help at the volunteer desk. He had recently started climbing his family tree. As he talked to the volunteer, he pulled out notes and photos and documents and scribbles and everything else he had collected about his family. He had amassed quite a pile of “stuff.” There was a ton of information, but it was a jumbled mess. So what did the volunteer say to him?

“I don’t know how you expect to do anything without filling out a family group sheet.”

Really? This was a person just starting on the journey of discovering his ancestors and you’re going to scold him about not filling out a form that he’s probably never heard of?

Yes, he needs to organize what he’s found. No, he’s not going to be able to make much progress without doing that. But scolding him isn’t the way to do it.

Scolding can work for employees and children. It doesn’t work to scold someone who is doing an activity that they don’t have to do. After all, they can simply stop doing the activity and move on to something more enjoyable.

What that volunteer could have said was “You have a lot of information here. There’s going to come a point where you’re not going to be able to keep track of it all without some help. Have you ever used a family group sheet?”

Same message, but without the scolding.

The Elephant in the Room: Source Citations

When you hear discussions about “elitism” in genealogy, the topic eventually hits on source citations. Here’s the thing about source citations. Nobody started doing genealogy because they were looking for a hobby where they needed to create great footnotes.

Citations are incredibly important. There will come a point when you will need to know where that particular piece of information came from. I can barely remember what I had for breakfast, let alone remember where great-great-grandpa Starkey’s death date came from.

But if you don’t have source citations, my scolding and shaming you about it likely isn’t going to convince you to add them. Instead, you’re going to feel like a grade school student who got a D- on her book report.

Genealogy is supposed to be enjoyable. When someone asks us for help, we should always find a way to be positive first, before offering any constructive criticism.

On the flip side of that, we shouldn’t take it personally when we run across people like that volunteer at the library. As Eleanor Roosevelt is quoted as saying, “No one can make you feel inferior without your consent.” Try to pull out the “constructive” part of the criticism and see where you can improve. Don’t let that bad experience keep you from your journey.

What Do You Think?

What are your thoughts on this? I’d love to hear what you think about attitudes in genealogy. Feel free to leave a comment!