Doing Mexican genealogy has its own set of challenges (even beyond the language barrier). Colleen Greene, a noted Mexican genealogy expert, shares her tips for finding your ancestor's hometown and major record groups you'll want to use. She also explains the structure of Hispanic surnames. ​You can listen to this episode by clicking the play button below. (You can also listen on Apple Podcasts, Google Podcasts, Stitcher, and most other podcast apps.)
Length: 31 minutes

Colleen Greene is a librarian, a genealogist, and a historian. She's the Marketing Librarian and Digital Humanities Liaison at California State University, Fullerton. Colleen is a noted expert on Hispanic genealogy, and describes herself as being "half-Mexican, twice." (Both the father who raised her and her birth father are of Mexican descent.)

According to Colleen, traditionally, Hispanic women do not take their husband's surname. (That makes finding those maiden names so much easier!) However, in records in the United States and in more recent records in Mexico, a woman might append her husband's surname to her own, using the prefix "de" (meaning "of.")

On early church parish records, it isn't unusual to not see a surname attached to the child; the child is referenced by just a given name and then the parents are named. However, it isn't always consistent.

The Importance of Location

While it is possible to find some records without knowing the ancestor's hometown, you will find many more records if you do know it. Civil registrations are arranged by location and church records are arranged by parish.

Colleen reports that, unfortunately, the name of the hometown is often lost within two or three generations of the family coming to the United States.

To get around this problem, Colleen suggests researching extended family members (because family groups often migrated together) and examining border crossing records (available on Ancestry and FamilySearch) and naturalization records.

Civil registration is the government's recording of births, marriages, and deaths. They began in the 1860s and are arranged by location. They are available on FamilySearch and Ancestry. (Colleen stated that some of the civil registration collections on FamilySearch are restricted to FamilySearch centers/affiliate libraries or to those with LDS accounts. However, I was able to view some collections from my home without an LDS account. Check the records for the locations you're interested in.)

These are the baptisms, marriages, and burials recorded by various Catholic churches. There are a few in the 1500s, but most begin in the 1600s. They are also arranged by location (parish). While there are indexed collections on both FamilySearch and Ancestry, the vast majority have not yet been indexed; you will need to browse through the images to find the records you're seeking. Colleen has a tutorial for this on her site. 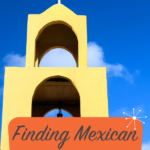