Finding a resource you want to dig into is a great feeling. It’s even better when it has an index! But did you know that not all indexes include every name?

Records like deeds and court records can contain the names of numerous people. Sometimes the clerk who created the index didn’t make an entry for each person. Instead, he could have used two common Latin phrases: et al. and et ux.

Et al. is an abbreviation for et alii, meaning “and others.”

Let’s say that John Ramsey died intestate (without a will). His heirs would have sold or released their claim to his land. If several of them did it in one deed, there could be any number of people listed as the grantor (seller). It could read something like, “James Ramsey, William Fullerton and Elizabeth his wife, George Ramsey, Margaret Ramsey, Francis Murphy and Ellen his wife, and Thomas Ramsey, heirs of John Ramsey deceased.”

That’s all well and good — yay! we have a list of at least some of John Ramsey’s heirs! The problem is that the clerk didn’t feel like making entries for all of those people in the index. Instead, he made one entry using the first person listed:

Et ux. is an abbreviation for et uxor, meaning “and wife.”

This is commonly used in deed indexes. Rather than making a separate entry for the wife, the clerk will make an index entry only under the husband’s name with the notation “et ux.”

(Would it have killed him to make the entry “David Stephens and his wife Ann” or “David and Ann Stephens”? Sigh.)

You need to keep this in mind when you’re researching females. They could be in the record, but are hidden behind the “et ux.”

What We Need to Do

When we’re researching, we need to think about those other people associated with our ancestors, especially the siblings. When we see a record that lists a sibling and it has the phrase “et al.,” we need to take a look at that record. Our ancestor might be in there, but not indexed.

When we’re looking for females, we need to consider her husband. When we see a record with his name and “et ux.,” we should take that as a sign that we need to look at that record. 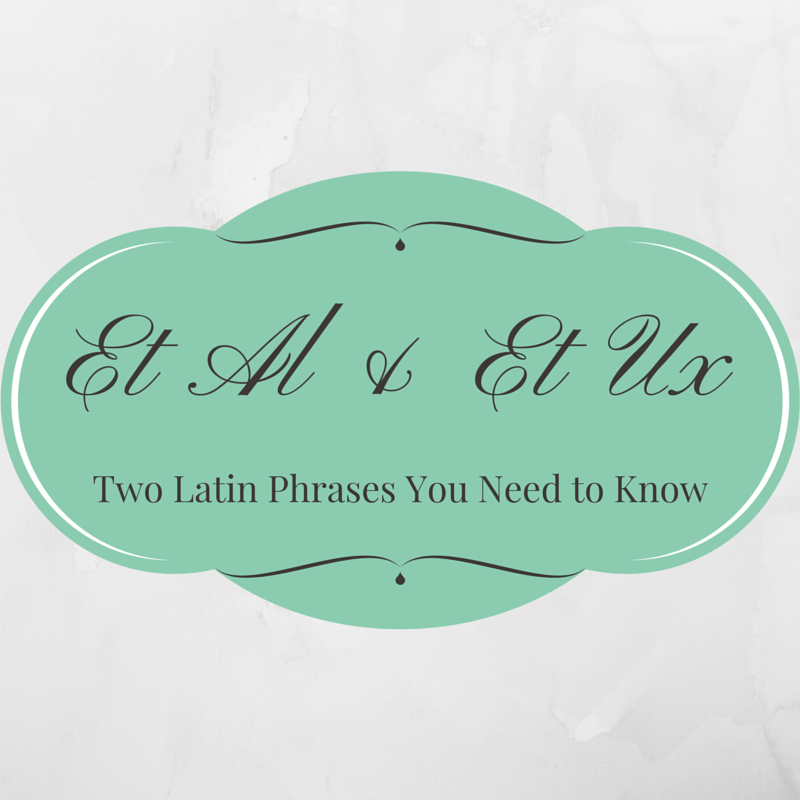