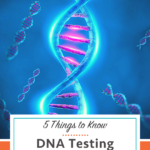 DNA is an incredible tool for our genealogy and it’s more accessible than ever before. But before you mail off your spit or convince a relative to send theirs, there are some things you need to know about DNA testing for genealogy.

1. Not Everyone Takes a DNA Test for the Matches

Just because you and I might take a DNA test to find genetic cousins doesn’t mean that everyone else does. Many people just want the ethnicity estimate. Now, before you go putting the bad mouth on them, remember that DNA is an excellent gateway into the bigger world of genealogy. Just because someone doesn’t want to connect with cousins now doesn’t mean that he or she won’t want to in a few weeks or months. Yes, it’s frustrating when a close match doesn’t reply to your messages, but try to keep in mind that they might not be interested.

To say that the pie chart or map that you get of your ethnicity isn’t exact would be an understatement. It’s called an “estimate” for a reason. As genetic genealogist Blaine Bettinger pointed out in an interview I did with him, the ethnicity estimate is good on the continent level; getting down to the country or region is much more problematic. My old ethnicity estimate on AncestryDNA.

Bottom line: just because my AncestryDNA ethnicity estimate says that I’m 19% Scandinavian doesn’t mean that I’m going to be rooting for Denmark, Norway, and Sweden 1/5 of the time during the Winter Olympics.

3. The Ethnicity Estimate Might Not Match Paper Research (AKA “Why Isn’t My Native American DNA Showing Up?”)

Not only is the ethnicity estimate an estimate, we need to remember that it represents our ethnicity waaaaaaay back. Case in point is my reported 19% Scandinavian DNA. I haven’t found a single ancestor who comes from Scandinavia. However, I’m also 45% Irish/Scottish/Welsh and 22% British, which is consistent with what I have found in my research.  When you consider the invasions from Scandinavia into what is now Ireland and the UK, that Scandinavian DNA makes some sense.

But it also cuts both ways. Ethnicity might not show up even when proven by “traditional” research methods. “I know my great-great-grandmother was Native American. Why didn’t it show up on my ethnicity estimate?” If your great-great-grandma’s line is the only Native American line that you have, not enough of her DNA might have made it down to you to show up in the ethnicity estimate. It doesn’t mean that you’re not part Native American; it just means that the part of the DNA that would have identified it didn’t get passed down.

(Also, keep in mind that a photo of your ancestor showing high cheekbones and dark hair does NOT prove that he or she was Native American.)

4. Siblings’ Results Can Be Different

Speaking of things getting passed down, remember in biology class when you learned that you get half of your DNA from your mother and half from your father? It’s true for your siblings, too… but they didn’t get the same half that you did. (Think about it — if you and your siblings each got the same 50% DNA from each parent, you’d be identical.)

That’s why siblings’ results can be (and usually are) different, both in ethnicity estimates and in the genetic matches. Yes, you’re siblings. Yes, you got your DNA from the same parents. But exactly which pieces of DNA you each inherited is different. It’s those differences that can mean your estimates are different and your matches are different.

5. There Can Be Surprises

This is the most important thing to remember.

It’s crucial to remember that DNA can lead to surprising results. Are you prepared if it shows that you have a half-sibling or an aunt or uncle that you didn’t know about? What if your sibling’s test is so different that it turns out you’re only half-siblings (or not biologically related at all)? As Judy Russell pointed out, we simply must consider the ethics of genetic genealogy. We must consider informed consent before we have a relative take a test and we cannot bully people into communicating with us.

And if you think, “Oh, those surprises don’t change anything,” listen to Jenny’s experience when she learned that her Dad wasn’t her biological father. 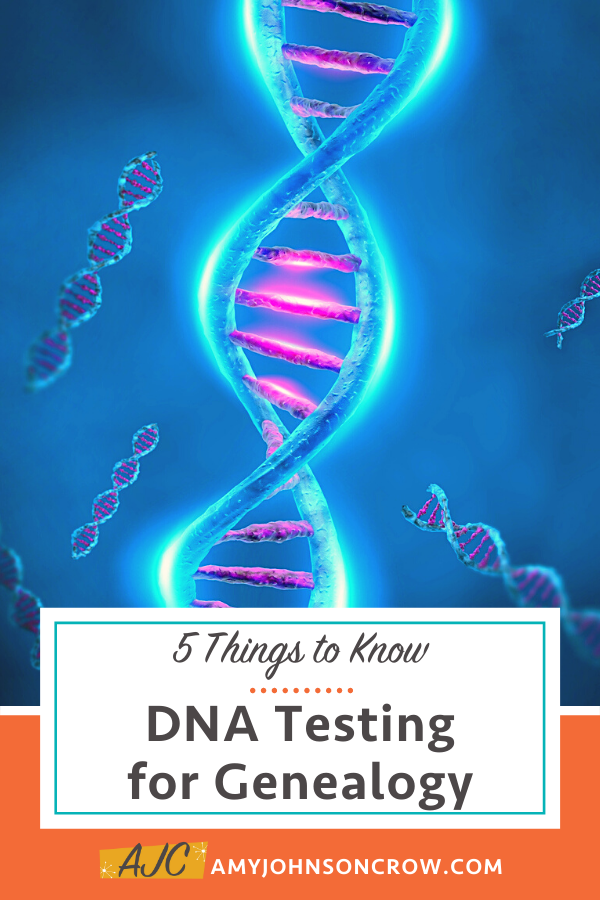