Oh, the things we can find out about our ancestors. Think your ancestor was just growing corn, wheat, and cotton? He might have been growing hemp, too. We can find out using something called the Agricultural Schedule.

What Is the Agricultural Schedule?

In certain U.S. federal censuses, there were additional schedules created in addition to the ones that list the person’s name, age, birthplace, etc. (the population schedules). In 1850, 1860, 1870, and 1880, there was also an Agricultural Schedule taken. (The states that had an 1885 special federal census had a agricultural schedule, too.)

Unlike the Population Schedule, which gives us lots of biographical detail, the Agricultural Schedules focus on the farm. How many acres was it? How much was it worth? What did they raise? It’s a fascinating glimpse into the lives of our farmer ancestors (of which I have a wagonload).

The Agricultural Schedules didn’t ask just about corn, wheat, and cotton. It asked about all sorts of different crops, including hemp:

Michael Weaver lived in Washington Township, Licking County, Ohio in 1850. The 1850 census (the Population Schedule) lists him as a farmer. What that schedule doesn’t tell us is that he was the largest hemp grower in Licking County.

When we look at the Agricultural Schedule for 1850, we find out that Michael had livestock; he grew wheat, corn, and oats; he produced wool and butter; and he had 40 tons of dew rotted hemp.

The Implications of This

This could possibly get some family members more interested in their family history. Imagine the look on some faces when you casually drop in conversation that great-grandpa grew tons of hemp…

For full effect, let that statement sink in before you go on to explain that hemp was used for making ropes and paper and that great-grandpa probably wasn’t a stoner.

Some of the Agricultural Schedules have been digitized and put online. Some are on Ancestry in their collection “Selected U.S. Federal Census Non-Population Schedules, 1850-1880.” Be sure to read the collection’s description to get the list of states included! Also, use the browse feature on the right-hand side to see if the Agriculture Schedule for that state is included. (For example, the only non-population schedules in this collection for Pennsylvania are the Social Statistics Schedules.) These are indexed.

FamilySearch has digitized images for Illinois and Iowa. Both of these are currently un-indexed. However, people are listed in the same order they are in the population schedules. My suggestion is to find your person first in the “regular” census, then it’s a matter of browsing that same township in the Agricultural Schedule.

If the state you’re interested in isn’t online yet, don’t despair. Many of these schedules are on microfilm. Check with the state historical society, state, archive, and state library to see if they have a copy. If you happen to be planning a trip to the Allen County Public Library, they have many of them on microfilm. (Take a look at their Microtext Catalog under the “Census Records” and then select “Agriculture” as the type.)

I haven’t found any hemp growers in my family (yet), but I marvel at the detail in these schedules. Have you found anything neat in the Agricultural Schedules? 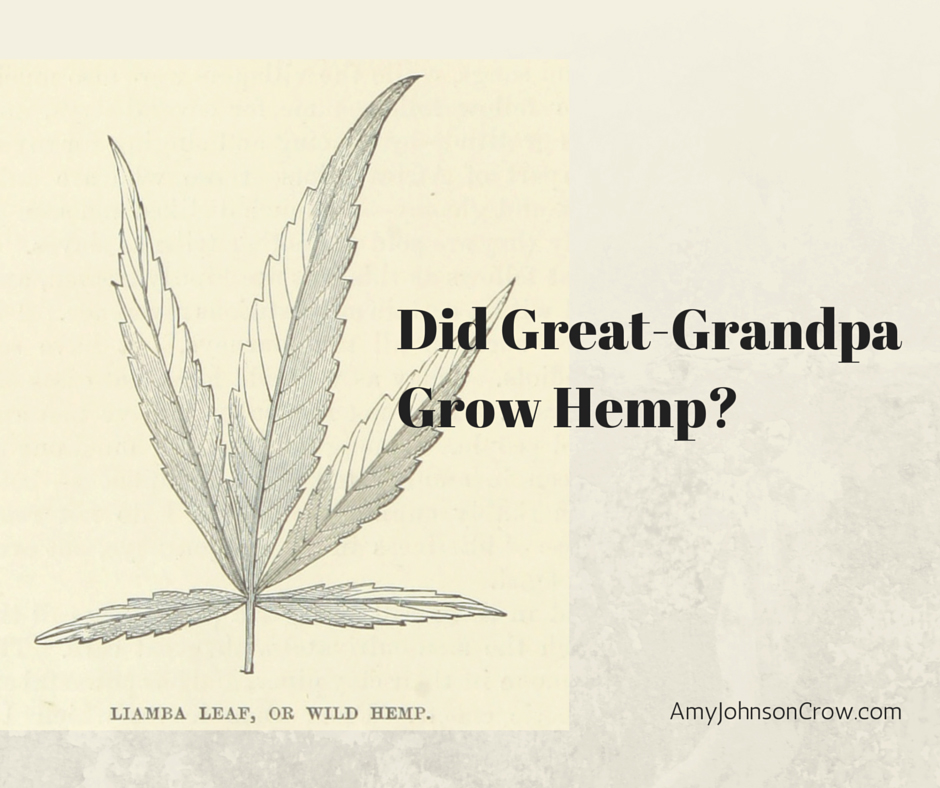