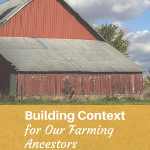 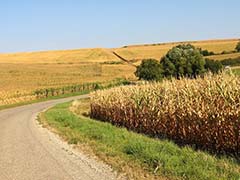 How many times have you heard (or said), “My ancestors were plain ol’ farmers”? Or “My ancestors were pretty boring.” (I’ve said that one!) Plain, boring ancestors aren’t the result of their personality; it’s from our lack of building context for them. Most ancestors didn’t leave diaries for us to read, but there are still ways we can learn about the lives they led. Here are some sources to explore to build context for farming ancestors.

Land and tax records have tons of clues for our genealogy research. It’s easy to get lost in the details of the names and locations. Take a step back and look at the bigger picture. How often were they buying and selling land? How old was he when he first bought land? How much did he pay? (I like to use a historic currency converter like Wolfram Alpha to understand how much that would be in today’s dollars.) Take a look at mortgage records. Was he putting up his house and/or his crop each year? All of these things give insight into his economic standing.

Probate records are goldmines of context. Sometimes you’ll see bits of personality coming through. (Like in the will of a relative of mine, which said that anyone who contests the will would be cut out and receive nothing. I bet there’s a story there!) Beyond the will, take a look at the estate inventory and the sale bill. They give you a list of what the person owned — what a great way to get some context!

Want to know about life when and where your ancestor lived? Read the newspaper. Don’t stop with the obits and the marriage notices. Read the news. What were the crop prices doing? How were farmers getting their crops and livestock to market?

A feature that some newspapers started carrying in the late 1800s was the weekly crop report, taken from either state or national weather bureaus. They give an excellent look into what our farmers were dealing with.

In this 1904 crop report, we learn that the weather has been colder than normal and that crops are behind.

“On account of the backward season, feed is becoming scarce, pastures not having attained seasonable growth. Reports indicate that clover has suffered materially on account of severe weather, many fields being winter-killed. The loss among young pigs has been considerable, owing to the cold, frosty nights.”

If your ancestors were farmers in Illinois in 1904, that bit of information gives you a glimpse into what they were living through. Imagine the stress as they wondered if their crops would make it or how many more pigs they would lose to the cold.

This is just a few of the sources we can use to gain insight and build context for our farmer ancestors. Have you explored any of these? What other sources have you used? Share in the comments. 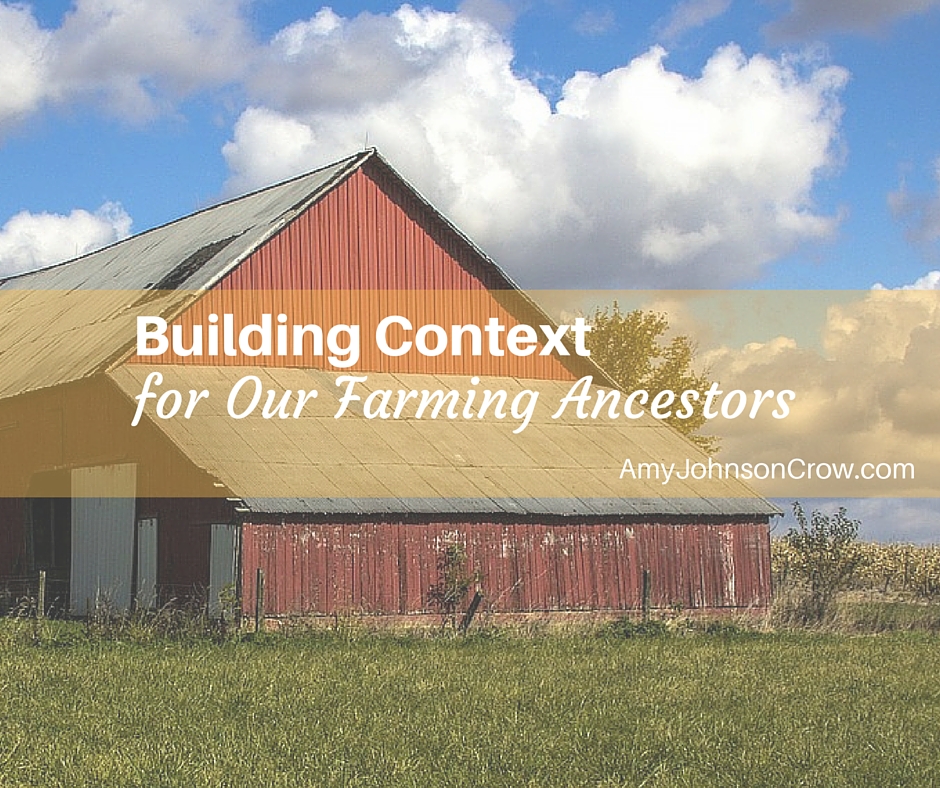