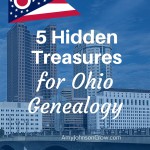 Many of us have Ohio roots. (I sometimes joke that my family tree is a Buckeye!) We’re lucky that Ohio is so rich in records and resources for genealogists. But with all of the materials that we have available, there are some that fly under the radar of many family historians. Here’s a look at 5 hidden treasures that you should explore for your Ohio genealogy.

The Ohio History Connection (formerly the Ohio Historical Society) has the largest collection of newspapers in the state. Some have been digitized and are available through the Library of Congress’s Chronicling America and the Ohio Memory Project. (Here is a full list of those newspapers, along with links.) Not all of OHC’s newspaper collection has been digitized. Research tip: Check out OHC’s newspaper catalog. If the paper you want is on microfilm, you can order it through interlibrary loan through your local library.

Speaking of the Ohio Memory project (OhioMemory.org), it is one of the most overlooked resources for Ohio genealogy. It is a collaborative project between OHC and the State Library of Ohio and had digitized collections from 360 archives, libraries, and societies from across the state. Besides newspapers, it has everything from the records of the Cincinnati Land Office to Ohio Battle Flags and the digital collection of the Eastern Shawnee Tribe of Oklahoma.

The Genealogy and Local History Department at the Public Library of Cincinnati and Hamilton County is a treasure trove of information. In addition to the huge amount of material for the Cincinnati area/southwest Ohio/northern Kentucky, the connection is strong for African American research and river research. You’ll find materials for all 50 states. In short, make the trip to 800 Vine Street in Cincinnati and check them out. (And check out the 1848 panorama of Cincinnati, the “oldest comprehensive photograph of an American city.” The detail is breathtaking.)

First Families of Ohio is a lineage society open to member of the Ohio Genealogical Society who can prove descent from someone who lived in Ohio before the end of 1820. All of that is the long way of saying that OGS has documentation about early Ohio residents. Thousands of them. Check out the First Families of Ohio roster. (Note: if you’re an OGS member, log in first and you’ll get more data from the online roster.) When you find an ancestor that’s included in the FFO roster, contact OGS about how to get copies of the documentation.

Most of the 1890 census was destroyed. However, there is a surviving fragment of the population schedule (the “main” part of the census). That fragment includes part of Cincinnati and Wayne Township, Clinton County. You can find this on FamilySearch and on Ancestry.

Ohio’s portion of the 1890 Special Schedule of Union Veterans and Widows also survives. This is a great resource to help fill in the gap between 1880 and 1900. It, too, is available on FamilySearch and Ancestry. (If you want more information about the veterans schedule, check out my post “Using the 1890 Civil War Veterans Census.”)

You might have seen resources that say that Ohio started keeping birth and death records in 1908. Frankly, that’s wrong. December 1908 was when births and deaths had to be reported to the state. Ohio counties began keeping civil birth and death records in 1867. They were recorded in the Probate Court in the county where the birth or death occurred. Many of them have been digitized and are available on FamilySearch.

What’s your favorite Ohio resource that others might not know about?


Want to get more from your online searches? Click to get a free copy of my guide “5 Online Search Strategies Every Genealogist Should Know” 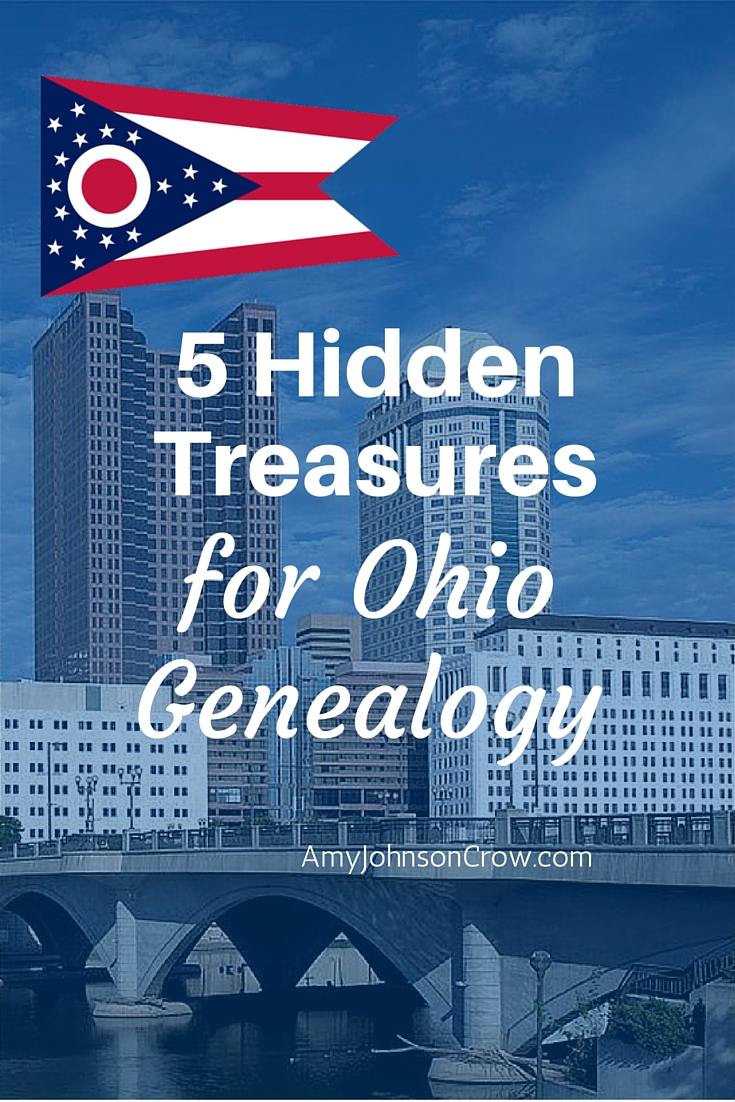