Probate records are created to settle a person's estate after they die. They can have tremendous amounts of information in them. However, there are some misconceptions about what some of them mean. Here are 5 things you need to know when looking at your ancestor's probate records. Since probate records do often include children of the deceased, it's easy to assume that "heir" means "child." However, "heir" just refers to someone who is legally entitled to inherit from the estate. If a person leaves their cousin something in the will, that cousin is an heir. If a person dies intestate (meaning without a will), the laws in place at the time determine who the heirs are. Those heirs could be children, grandchildren, siblings, or even nieces and nephews, depending on the law.

2. Having a Guardian Doesn't Necessarily Mean Both Parents Are Dead

A guardian (in the legal sense) is someone who is responsible for representing the legal interests of the ward. It isn't uncommon at all for one of the parents to still be living. A common situation is that the father died, leaving young children. His widow didn't have many legal rights (by virtue of being female). Since she didn't have legal standing, she couldn't represent the legal interests of her own children. A guardian would be appointed to take care of those legal needs.

(Side note: the ward didn't have to live with the guardian. It's a legal arrangement, not a custodial arrangement.)

3. Wills Don't Necessarily Include All of the Children

There's no law saying that someone has to leave something in the will to each child. Older children who were already married and on their own might be omitted, especially if the deceased had given them land or other large gift when they got married. Some might be omitted because of differences in the family. (I like the will in one of my ancestral lines where the clause was, "If any of my heirs contest this will, they are to be removed and inherit nothing." Yeah, I'd like to know what prompted that!)

4. Will Books Are Not Original Wills

Have you ever noticed that the wills in a will book have the same handwriting? It's because they were copied into those books by the clerk. Will books were created as a sort of "ready reference." Rather than having to dig through the loose probate papers or probate packets each time they needed to reference the will, they copied them into big books. (It's where genealogy meets weight training.)

Like any other derivative source, mistakes could happen when copying the wills into the will books. Whenever possible, see if you can obtain the probate packet that contains the original will. (Some have been digitized, many more have not. If you're trying to track one down in a particular county, contact the local genealogy society. They can point you in the right direction.) 5. You Might Be Better Off If They Didn't Leave a Will

If a person died intestate (without a will), but they had assets (or debts) that needed to be distributed, there would still be probate. Ironically, our research can be better off when they died intestate. If they left a will, they could omit any or all of their children, they could name their spouse as "my beloved." (That drives me nuts!) But when they died intestate, the law took over. All of the heirs need to be included. There is usually a statement as to how the heirs are related to the deceased. You don't always get those details when a person left a will.

What have you found in probate records? What has confused you about probate? 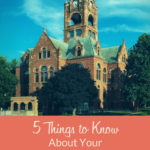