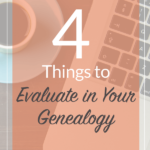 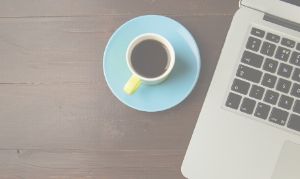 “Evaluate your sources” is almost a mantra of genealogy. It’s good advice, but it doesn’t quite tell the full story. If you’re evaluating only the source, you’re stopping a bit short. Here are 4 things you need to take a look at when evaluating your genealogy so you get an accurate picture.

You can listen to this episode by clicking the play button below. (You can also listen on Apple Podcasts, Google Podcasts, Stitcher, and most other podcast apps.) Length: 14 minutes.

What Do We Need to Evaluate in Our Genealogy?

The phrase “evaluate your sources” is a bit of shorthand. There are 4 different, yet related, things that you need to consider. (It’s why the E in the WANDER Method is “Evaluate everything,” rather than “Evaluate sources.”)

Generally speaking, it’s best to get back to the original whenever possible. Sometimes that’s as easy as clicking through to view the image on Ancestry, FamilySearch, or MyHeritage, rather than just relying on what is on the results page when you do a search. (Though some would argue with me, I generally accept a good digital image as an acceptable surrogate for the record on paper.)

The problem with relying on derivative sources is that they often don’t have as much information as the original. Take census records for example. When you search for your ancestor in the census on your favorite genealogy website, that results page only give you part of the information. Even if it does list everything for the entire household, you don’t see who the neighbors are.

And with derivatives, there’s always a chance that an error has crept in, whether that’s a typo or something that was read incorrectly.

Information is what the source actually says. Literally, the words and other symbols on the source.

There are two types of information: primary and secondary. It refers to the informant. If the informant would have had first-hand knowledge, it’s primary. Otherwise, it’s secondary.

Really, all this is another way of asking, “Did he or she know what they were talking about?” Think about how long it took to record the information. The longer it takes to record something after an event, the more likely that memory will fail.

Also consider the motivations of the informant. Is there a reason to lie? (It happens!) Is this a record that the person would really want to get right…. Or is it something that they didn’t necessarily care about? That, too, can play a part in the accuracy of the information.

Evidence, as we’re talking about it here, can be tricky to think about, as evidence changes with the question that you’re asking.

Evidence changes with the question you’re asking. What does that mean? Think about the 1870 census.

Let’s say you’re trying to identify all of the children of your great-great-grandfather. You find him in the 1870 census. He’s the head of household and in that household, there’s also an adult woman, and three children under the age of 12. That’s indirect evidence that they are his children. It isn’t actually spelled out in the 1870 census how those other people in the household are related to the head of that household.

On the other hand, if your question was “Where was my great-great-grandfather living in 1870?” then that census is direct evidence. It’s spelled out right there.

The tricky part about evidence is that we can get into a bit of trouble with indirect evidence, when we start to read too much into the record or we interpret it incorrectly.

When you’re evaluating something that you’ve found, you shouldn’t stop with evaluating that one record by itself. How does it fit with the other records that you already have? We have a tendency to put more credence on something that gives us the answer that we’re looking for or that we’re expecting. But if that record is in conflict with other records that you have, then you’ll need to resolve that conflict.

It all works together. 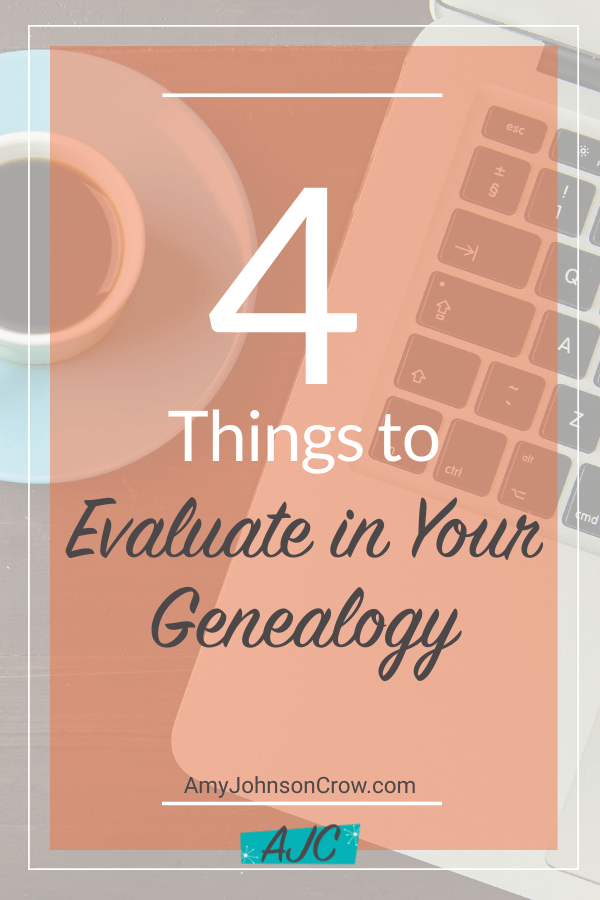