Finding where a Civil War ancestor is buried is important to many genealogists. Whether he died in the war or years later, there are numerous sources we can use to find where he is buried. 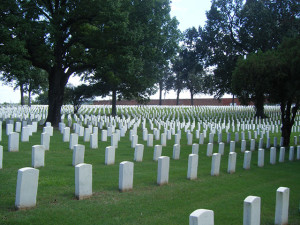 Let's start with a couple of sources that you might already have.

Death certificates in many locations list the cemetery where the person is buried. (This varies by location and year, so this might not be applicable to your ancestor.)

Obituaries vary in their content, but it isn't unusual for them to list where the person was buried. This is especially true if he died after the war. (Obituaries during the war often did not include this information, as burial information often wasn't known.)

Let's be clear: FindAGrave and BillionGraves do not list every burial. But when you have databases with millions of records, it's smart to check them out.

Civil War pension files are gold mines of genealogical information, including sometimes the place of burial. I've seen widow's pensions that include burial permits for the veteran. (Widows had to prove the veteran was dead, so their documentation on that point was often quite detailed.)

If your ancestor died during the war, his Compiled Military Service Record might list where he was buried. (Note: It wasn't unusual for war dead to be buried first at the battlefield or field hospital and then re-interred in a larger military cemetery after the war.) CMSRs are available through the National Archives; some have also been digitized and are on Fold3.

One of the WPA projects back in the 1930s was a project to record the locations of all veterans buried various states. (Some counties continue to add to these records.) The cards record the veteran's name, dates of birth and death, place of burial, and service information.

These records can sometimes be found on microfilm through the Family History Library or in state historical societies, archives, and libraries. Local copies (for just one county) are sometimes located in county recorder's offices or veterans affairs offices. (Check with the county genealogy society to see if they know where the cards are located.) Beginning in the Civil War, the Federal government would provide a headstone for veterans. The applications for these headstones list where he's buried. There are two series of these cards: c1879-c1903 and 1925-1941. (Those are the dates that the headstone was applied for, not the date of death.) The Federal government began providing headstones for Confederate veterans beginning in 1906, so if you're looking for a Confederate, you'll need that second set of records. Both sets have been digitized and are online on Ancestry and FamilySearch:

7. Sons of Union Veterans and Sons of Confederate Veterans Databases

8. Roll of Honor: Names of Soldiers Who Died in Defence of Their Country

This is a Union-specific resource. It lists the burial places of those who died during the war. It is arranged by location and is available on Google Books and on FamilySearch. (I like the links on FamilySearch because you can see which locations are in which volume.)

I cannot sing the praises of county genealogical societies highly enough. Be sure to check them out to see what they've published on their website or published as a book. The Green County (Wisconsin) Genealogical Society has a list of veterans burials on its website; similarly, the Hamilton County (Ohio) Genealogical Society has a ﻿database﻿ of Civil War veterans buried in Hamilton County. Also, be sure to look in the Periodical Source Index (PERSI) for articles they've published. (PERSI is available on FindMyPast.)

Veterans burials (including Civil War burials) is a popular topic for databases on various county government websites, such as a county recorder or the local veterans affairs office. Sure, you want to Google your ancestor's name, but if his name is in a database, it won't show up. That means we need to change our search strategy.

When I did that search recently, I found that the Kenton County Public Library has put together a database of Union burials. A similar search lead me to the Veteran Burial Index (Destitute) for Lancaster County, Pennsylvania.

Your turn: What sources have you used to find where a Civil War veteran is buried? Share in the comments! 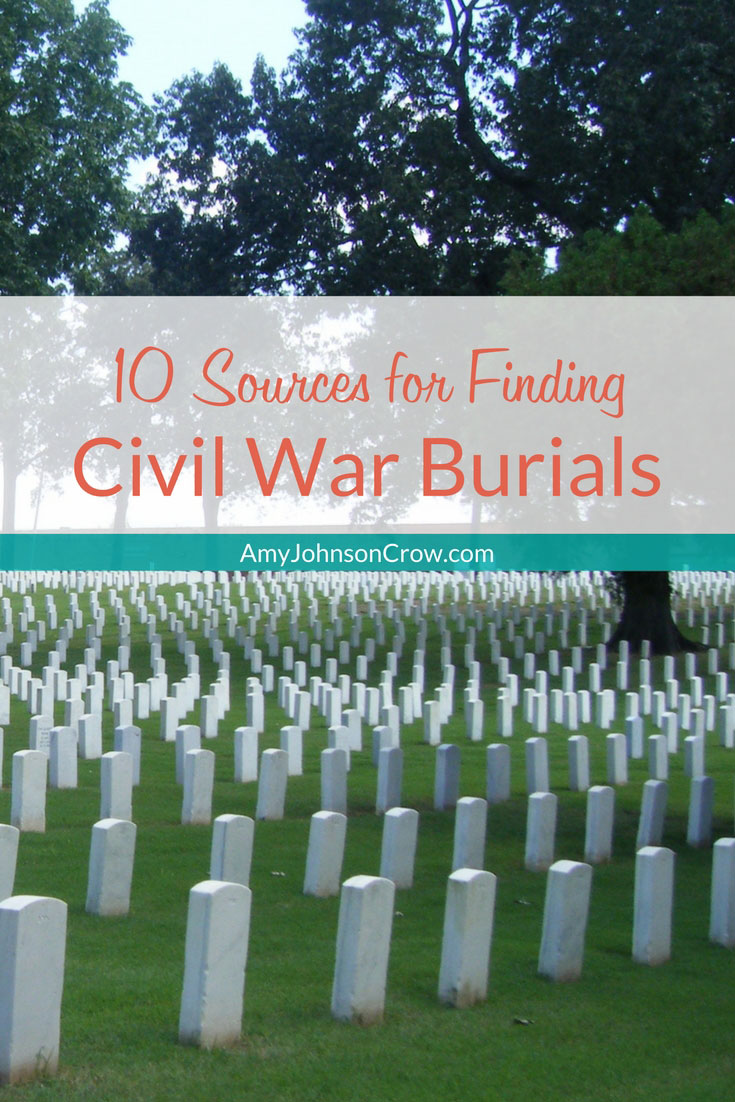 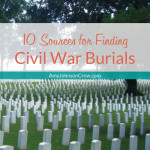